Marcus leads the TSP Family and Divorce Law team and advises clients on all aspects of Family law.

Marcus completed his law degree at the University of Nottingham in 1978 and from there went on to study for his professional exams at the College of Law in London. He joined TSP as a trainee solicitor (known as an Articled Clerk back then!) in 1979 and during the two years of his professional training he worked in a number of areas of law including Family, Litigation, Residential Property and Wills and Estates before qualifying as a solicitor in 1981. He became a partner in the firm in 1985, and in 2006, when the structure of Thompson Smith and Puxon changed, Marcus became a director of Marcus J.S. Price Ltd, a corporate partner in TSP.

Since qualifying in 1981 Marcus has specialised in Family law and he has led the Family team at TSP for many years. He deals with a variety of Family matters, ranging from cases involving assets worth some millions of pounds, through to cases involving limited financial resources, and acting for clients in a variety of disputes relating to children following the breakdown of the relationship between parents. In addition, he advises clients who wish to try to avoid or minimise the risk of dispute in the event of a relationship breaking down by entering into formal agreements before committing to a marriage or starting to live together.

Marcus says, “Every case is different, and one of the reasons that I like to practise in Family law is because of the human interest aspect and the fact that no two days are likely to be the same. One day I could be dealing with a Declaration of Trust between two people who are about to purchase a property jointly, or dealing with contested arrangements for children and the next day I could be advising on the distribution of financial resources on the breakdown of a relationship. You never know what each day will bring. I hope that my clients feel that I listen to them, that I try to establish what they hope to achieve, and that I give them advice which is easy to understand and is free of legal jargon.”

Marcus is a member of Resolution (formerly known as The Solicitors Family Law Association) and is a Resolution-accredited Family Law Specialist in Children private law and in Advanced Financial provision 1.

For some years Marcus sat as a Deputy District Judge in the Principal Registry of the Family Division in London, where he heard a variety of Family matters including financial and child arrangement cases, and dealt with paperwork including granting of divorces and approving agreements that had been submitted to the court to be converted into court orders once approved.

To find out more about the Family and Divorce services that Marcus can offer click here.

Marcus is a Dementia Friend, an Alzheimer’s Society scheme which aims to raise awareness of what it’s like to live with dementia and how people living with it can be helped. Find out more about the scheme and how TSP is involved here. 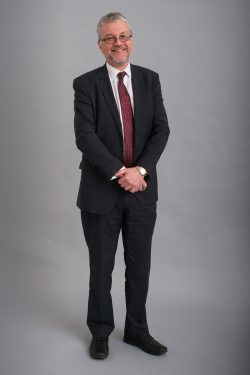 Non-payment of child maintenance: What happens if a parent doesn’t pay?

What Happens to Joint Property When Cohabitation Ends?

Separation is never easy, but if you and your former partner own property together, the...
Read more...