Kriti, who is Nepalese by birth, moved to Colchester as a young child, when her father first came to the UK with the Gurkhas. As an “army child” she moved a lot during her younger years but finally settled back in Colchester in 2006, attending the Sixth Form College before studying for her degree in English and European Law at the University of Essex. She joined a London Law firm, completing her Legal Practice Certificate at the BPP University Law School whilst working there as a paralegal, and then undertook her training contract with them, practising property Law, both residential and commercial, following her qualification. She is fluent in Nepalese and Hindi.

Kriti says “In my previous role I worked on a mixture of residential and commercial property transactions but I am very much looking forward to a full case load of commercial property work, getting involved in many varied projects that the team undertakes, and developing long-term relationships not only with the established and loyal client base that TSP has but also with the professional contacts who play an important role in many land-based transactions.”

Travelling is Kriti’s passion. During her degree she spent a year studying in Australia and has so far notched up visits to another 28 countries. She enjoys going to the gym and the cinema and is a keen supporter of the Colchester Nepalese Community and its efforts to raise funds for good causes in Nepal. 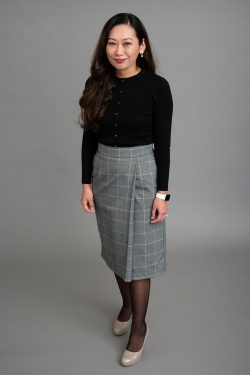 Following the PM’s announcement yesterday we remain open for business but with the majority of...
Read more...