Robert joined TSP in October 2015 to manage the firm’s IT function.

Robert’s father was in the army, so as a child Robert lived not only in Colchester but in Germany and also in Bedford. However, despite having been on the move, Robert regards Colchester as his home, attended the Alderman Blaxill School, took his ‘A’ levels at the Colchester Sixth Form College and went onto study for his degree in Computer Science at the University of Essex.

Robert credits his brother with getting him into computers through gaming but found that he also enjoyed other aspects of computers that lay outside of gaming! He says “I enjoy working in IT as I love finding solutions for problems. I get the most satisfaction from making improvements that have a positive impact for the business and, just as importantly, the staff.”

Robert has worked previously in a similar role to the one he has taken on at Thompson Smith and Puxon, where he feels the job has a really good mix of working with people, developing his management skills and of course getting his teeth into all of the technical issues that a role of this type usually brings.

Most of his spare time is now taken up with his family although he does like to keep fit and play football when he can. He enjoys playing the guitar and singing and although he says he is “not very spontaneous or romantic” sang to his new wife at their Wedding reception!

Rob is a Dementia Friend, an Alzheimer’s Society scheme which aims to raise awareness of what it’s like to live with dementia and how people living with it can be helped. Find out more about the scheme and how TSP is involved here. 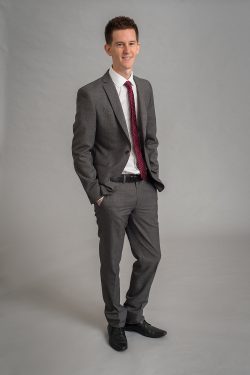