Termination Clauses – What Every Supplier Needs to Know 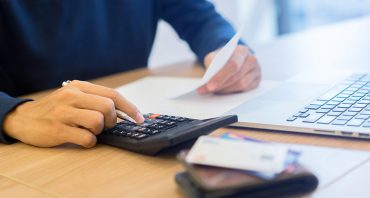 The Corporate Insolvency and Governance Act 2020 (CIGA), which came into force on 26 June 2020, overhauled the insolvency regime of England and Wales and introduced several new procedures for businesses to use when faced with impending insolvency. Obviously it became law against the backdrop of a global pandemic and the related financial consequences for businesses (and individuals); however many of these changes had been envisaged following a Government consultation in 2018 and the Covid crisis merely accelerated their implementation.

Whilst many companies may never need to use the insolvency procedures set out in CIGA, those businesses which supply customers who do become insolvent need to know about some of the changes which CIGA introduced and in particular, the prohibition on terminating a supply contract because of an insolvency event of default.

We are all familiar with the usual termination clauses (also known as ipso facto clauses) which previously allowed for a contract to be terminated if, for example, one of the parties is unable to pay its debts as they fall due, or has a winding up petition served against it, or enters into a compromise with its creditors.  CIGA now takes those termination rights away from a supplier and attempts to safeguard a route into rescue for the insolvent company.

What has been introduced?  Prohibition on suppliers terminating for insolvency of customer

Section 233B has been inserted into the Insolvency Act 1986 and states that where a company enters into an insolvency procedure, a supplier cannot stop providing goods or services. This increases the ambit of an existing protection, as the law previously provided a prohibition on terminating the supply of “essential” goods or services. However, now if a company enters into any insolvency procedure other than a scheme of arrangement (but including the new moratorium and rescue plan procedures introduced by CIGA) a supplier may not cease to supply any goods or services which he is contractually obliged to provide.

Suppliers should also note that the new section states that the prohibition on terminating for insolvency is not limited to the mere cessation of supply but also to “any other thing” which the supplier may wish to do in connection with that contract, for example, renegotiating prices, or removing credit or extended periods to pay.

Prohibition on termination for any other reason

Further, once the customer is in one of the insolvency procedures, the supplier is even prohibited from terminating the contract for any other reason which may have existed before the relevant insolvency period.  For example, if the customer missed some payments in the months before it entered into insolvency or some other breach occurred, the supplier cannot invoke these reasons to terminate the contract once the insolvency period has been entered into.  It is clear then that this new prohibition has far reaching consequences for suppliers. Suppliers lose all contractual rights of termination on any grounds, once the customer is in insolvency.

Are there any exceptions?

The contract can still be terminated if (i) the company or insolvency officeholder consents to the termination or (ii) the court is satisfied that the continuation of fulfilling the contract would cause the supplier hardship and orders the termination to be granted. “Hardship” is not defined in the Insolvency Act and so this is left to the courts to interpret – no doubt case law will develop to give suppliers a better understanding of the threshold for hardship.

There is also a temporary exclusion for small suppliers, which was extended last week until the end of March next year. Small suppliers are those who have a turnover of no more than £10.2m; a balance sheet of not more than £5.1m and no more than 50 employees.

What should suppliers do?

TSP is a Legal 500 Leading Firm with its Corporate and Commercial Team being recommended as one of the best in this practice area in Essex. If we can assist with any questions you may have about your business or the current terms and conditions of your supply contracts please contact Mary Anne Fedeyko on 01206 217049 or email maryanne.fedeyko@tsplegal.com