TSP Legal > News > Business Briefings > What Should You do if Your Company Receives a Winding up Petition?

What Should You do if Your Company Receives a Winding up Petition? 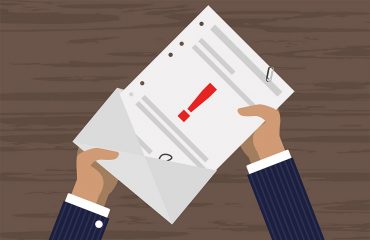 What should you do if you receive notice of a winding up petition against your company?  The main advice is do not ignore it!!  The consequences of receiving such a notice can be enormous for a company and there is no time to delay.

What is a winding up petition?

What are the consequences of receiving one?

You must be aware that a winding up petition has potentially far reaching consequences for your business including the fact that:

A company has seven days in which to act before the notice of the winding up petition is advertised in the London Gazette as mentioned above.  Office staff should be briefed to ensure that any post or correspondence in connection with the petition is immediately brought to the directors’ attention. Instruct your solicitors immediately. The company might have insolvency events of default in its third party contracts which are triggered on receipt of a petition, which can lead to the termination of the contract or the cessation of supply of certain products.  You should therefore consider informing some third parties of the existence of the petition even before it is formally advertised.  Early notification of banks, other creditors etc. may protect existing goodwill and relationships with key suppliers.

If you do nothing or fail to spot the winding up petition in a pile of post, the process will continue in any event and a court order winding up your company can be granted, even if you do not reply or respond in any way.

Consider the claim being made carefully and make contact with the petitioner via your solicitors as quickly as possible.  Is the claim disputed? Are there actually sums owing to them?

If the petitioner is intent on proceeding with the petition and does not give the requested undertaking, the company may seek an injunction against the petition being advertised in the Gazette once the seven day period has elapsed; or the company can oppose the making of the winding up order where the debt is disputed.

There are several grounds for which an injunction can be granted, the main one being where the debt in question is genuinely disputed. An application must be made to the court.

The company can challenge the winding up petition via the court where the debt is disputed on substantial grounds (similar to the injunction order above).  The petition can also be challenged if the company has a right of set-off against the petitioner which is greater than the amount claimed in the petition or if the application of set-off amounts brings the petitioned claim to below £750.

The court will generally not proceed to make a winding up order if the debt is genuinely disputed – the reason must go beyond a general belief the money is not due.  The company should provide evidence of the reasons the sum is disputed, for example a receipt to show the sum has already been paid or specific contractual terms.

Steps to oppose the winding up petition

The company can file a witness statement at the relevant court not less than five business days before the hearing of the petition, giving its reasons for opposing the winding up petition.  The petitioning creditor (or his solicitor) should also receive a copy.  The company is entitled to be heard at the hearing to consider the petition.

Normally, if the court decides not to proceed to a winding up order, the company’s costs will be recovered from the petitioner, often on an indemnity basis.

What happens if the winding up order is made?

Can the company do anything at this point?

The company can, in certain circumstances, apply to rescind the winding up order, or apply to have it stayed or appeal against the order itself.  However, the commercial, operational and reputational damage done by this stage is hard to undo.

For more information or advice contact the Thompson Smith and Puxon Insolvency team on 01206 574431 or by email at info@tsplegal.com.