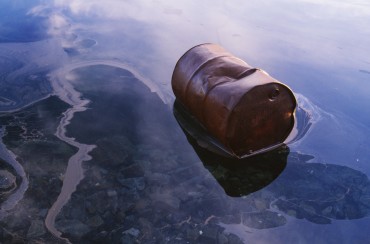 June 2016: A Crown Court case decision highlights the potential consequences of breaching environmental legislation. A builder was prosecuted for illegally dumping and burning waste. He was sentenced to 150 hours community service and ordered to pay costs, as well as receiving a five year Criminal Behaviour Order (CBO). The CBO is believed to be the first such order obtained by the Environment Agency. If the order is breached the builder will risk a prison sentence of up to five years.

December 2015: Three recent cases highlight the penalties that can be brought against a company for breaching environmental legislation:

April 2015: Due to changes to the Legal Aid, Sentencing and Punishment of Offenders Act 2012, companies and their directors may wish to reconsider their approach to certain offences that, up until now, may have been perceived as relatively minor because of the low fines involved. Section 85 of the Act removes the cap on fines set at £5,000 or more in the magistrates’ courts.

This important expansion of magistrates’ sentencing powers gives the courts a wide discretion when imposing fines for summary offences. It applies across all business sectors and affects a very wide range of legislation, including commercial, company, financial services, competition, intellectual property, telecoms and media, property, health and safety, and environmental offences.

This business briefing sets out the potential penalties and other implications for a business if it breaches environmental legislation. Understanding the regulator’s approach to the enforcement and prosecution of environmental offences should enable businesses to minimise their risk of being prosecuted. It should also help:

The main environmental regulators in England are the Environment Agency (EA) and local authorities, and Natural Resources Wales in Wales.

Enforcement notices: Environmental regulators can, in some cases, serve an enforcement notice on a business requiring it to rectify a breach of environment law. The regulator may also have the power to order the closure or suspension of the business until the breach has been rectified. Breach of any of these types of notice is a criminal offence.

Clean-up notices: Environmental regulators can, in some cases, serve a notice on a business requiring it to clean up any contamination (including water pollution) they have caused. Breach of this type of notice is a criminal offence.

Fines and imprisonment: Most breaches of environmental law are criminal offences. The penalties are usually a fine and/or imprisonment. For cases tried in the:

The regulators can also prosecute the business’ directors, managers, secretary or other similar officers (or person purporting to act in any such capacity), if it can be shown the offence was committed with their consent or connivance, or was attributable to their neglect.

Civil sanctions: New legislation has given regulators (including the EA and local authorities) the power to impose civil penalties on businesses, as an alternative to prosecuting, for certain types of breaches (including breaches of environmental legislation). Civil penalties include fixed monetary penalties and enforcement undertakings.

Related orders: For more serious offences, the court can make related orders, either at the same time as sentencing or in subsequent proceedings:

Sentencing guideline: The Sentencing Council has published a sentencing guideline for environmental offences which sets out a 12-step sentencing process to punish offenders, prevent reoffending and remove financial gain. The guideline requires the court to consider the real economic impact of a fine and how to bring home to both the management and shareholders of a business the need to improve regulatory compliance. It will apply to the sentencing of organisations for environmental offences from 1 July 2014 (regardless of the date of the offence).

Adverse publicity: A conviction for an environmental offence may lead to adverse local and, in some cases, national publicity. For example, the EA publicises environmental convictions on its website as part of its “name and shame” policy. Local press sometimes also sit in on criminal court proceedings. There may be damage to the business’ reputation, even if it is found “not guilty” at the end of the proceedings.

Insurance: A conviction could increase the business’ insurance premiums.

Regulatory relationship: The business’ ongoing relationship with the regulator may be undermined.

Future sale of the business: A poor environmental compliance record, particularly prosecutions and convictions, can cause difficulties during the sale of a business, especially if the buyer requests environmental warranties and/or indemnities.

The content of this Business Briefing is for information only and does not constitute legal advice. It states the law as at June 2016. We recommend that professional advice is obtained on any particular matter. We do not accept responsibility for any loss arising as a result of the use of the information contained in this briefing.