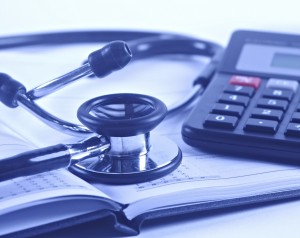 Each month, all areas of the NHS, (that is Hospital Trusts, GPs, The Ambulance Service, dentists etc.) are required to report to an NHS body called the National Reporting and Learning Service (NRLS) deatils of any adverse incidents that occur. This information is then collated and published on their website twice yearly, in March and September. The information is accessible to anyone – so if you were interested, for example, you could view the report on Colchester Hospital.

The main report prepared by the NRLS details the adverse incidents reported by each NHS area categorised by the amount of harm done to patient. Categories are

If we take headline statistics across the whole of the NHS in England, then, for the year which ended in September 2014, which is the latest data that’s available (published in April 2015), there were 1,554,413 adverse incidents reported. This sounds like an awful lot, but, as the categories suggest, it is a requirement that all incidents are reported, even where no harm has been caused to the patient, and, in this particular reporting period, “no harm” incidents accounted for over 1 million or approximately 70% of the total number of incidents reported.

The number of incidents classified as severe was 6,558 during the same period and the number that resulted in death 3,559 – a very small proportion of the total reported, but a significant number nonetheless.