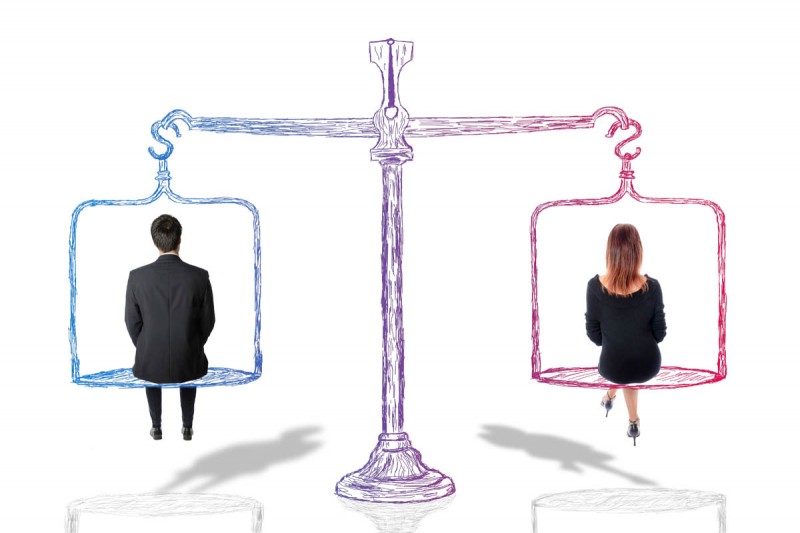 You have the right to equal pay for equal work.  The law implies a “sex equality clause” into your contract of employment. The right to equal pay exists where your work is equal to work undertaken by a comparable employee of the opposite sex. The work has to be similar work, work rated as equivalent, or work of equal value.  Tribunals will take into account factors such as effort, skill and decision making.  Successful comparisons have included cooks and carpenters; a kitchen team leader and a street lighting sub-foreperson; and a night care assistant and a painter and assistant buyer.

For example: The work of an occupational health nurse might be rated as equivalent to that of a production supervisor when components of the job such as skill, responsibility and effort are assessed by a valid job evaluation scheme.

For example: A female sales manager is entitled under her contract of employment to an annual bonus, calculated by reference to a specified number of sales. She discovers that a male sales manager working for the same employer, and in the same office, receives a higher bonus under his contract for the same number of sales. She would bring her claim under the equality of terms (equal pay) provisions.

For example: If the female sales manager is not paid a discretionary Christmas bonus that the male manager is paid, she could bring a claim for unlawful discrimination because of sex rather than an equal pay claim, because it is not about a contractual term.

The sex equality clause does not take effect if the difference between your employment, and your comparator’s employment, is because of a material factor which is not tainted by sex discrimination. Public sector workers, in particular, may find that they do not receive equal pay for equivalent work.

For example: Women employed as carers by a local authority, whose work is rated as equivalent to men employed as street cleaners and gardeners, are paid at a lower rate. The difference is due to a productivity bonus scheme which does not apply to carers, who were predominantly women. As the scheme has a disproportionately adverse effect on the women, the employer has to provide objective justification for it.

If you feel that you may have a TUPE related employment claim contact the TSP Employment team on 01206 574431 or info@tsplegal.com.

The content of this page is for general information only and does not constitute legal advice. It states the law as at December 2014. We recommend that  specific professional advice is obtained on any particular matter. We do not accept responsibility for any loss arising as a result of the use of the information contained in this page.