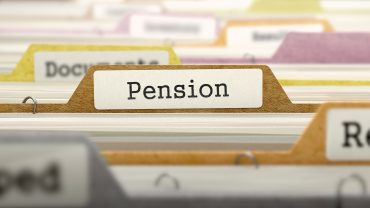 If a marriage or a civil partnership breaks down, each party has various financial and property claims that they might be able to make. In the absence of agreement, those claims may have to be determined by the court. It is important to keep in mind that there are claims, not entitlements. Every case is different, and every case is looked at on its own facts so there are no guaranteed outcomes.

One of the claims that can be made is for what is called a “pension share order”. Everybody whose marriage ends in divorce, or whose civil partnership ends in dissolution, has a potential claim against the other party’s pension. Whether and, if so, to what extent such a claim results in a pension share order being made will depend on the facts of the case and how such an order fits in with any other claims that are being made, such as for maintenance, lump sum or property transfer.

The pension share does not result in cash being paid to A. What happens in the above example is that the capital value of B’s pension would be reduced to £55,000 and A would receive a credit into his or her pension of the same amount. Once the pension share has been implemented, A and B then each own their own pensions, and any change in the values of their respective pensions thereafter will only affect the owner of that particular pension. So if, after the pension share order has been put in place, A contributes significantly into his or her pension before he or she retires, then the new capital value will belong solely to A, and B will have no claim over it, and the same will apply to B for any increase in the value of his or her pension.

Splitting the capital pension value 50/50 does not necessarily mean that, even if the pensions match each other’s performance until retirement, each party would end up with the same pension income. For example, women are generally expected to live longer than men so a woman’s pension may need to have a larger capital value than the capital pension value of a man of the same age in order to produce the same amount of income for each person when they start to draw their pensions. So if the objective is to try to achieve a situation where each party has the same level of pension income to look forward to, then consideration would need to be given to their respective ages in order to assess how much capital each would have to have in their respective pension pot to produce similar incomes in future years.

A pension share may just be one part of a settlement of various other claims.  Sometimes, depending on the circumstances of the case, there may be a “trade off”.

A and B own a house with a net value of £300,000. A has a large income and a pension with a capital value of £200,000. A can borrow up to £200,000 on a mortgage. B has a lower income and a pension with a capital value of £100,000. B has a maximum mortgage raising capacity of £100,000. If the objective is to enable A and B to end up buying similar houses, then B will need more from the proceeds of sale of the current home because B has a lower mortgage raising capacity than A. If the parties are looking to buy properties costing £300,000, A can achieve this with £100,000 in cash plus a mortgage of £200,000. B can only purchase a similar value property if he or she receives £200,000 from the sale of the former home, together with a mortgage of £100,000. A might be willing, or might be required, to split the house sale proceeds as to two thirds to B and one third to A. A might then argue that this adjustment should be taken into account when considering how the pensions should be dealt with.  In order to split the pension values equally on the above figures, B would need a pension share of 25% of A’s pension. That would then leave both of them with pensions with capital values of £150,000 each. A might argue that as B has had £100,000 more in cash than A had from the sale of the former home, that should mean that B should not have any part of A’s pension. That would leave the overall asset position as follows:

So the value of the assets has been divided equally. But B might argue that an equal split of the assets is not fair because A earns a lot more than B, and B might have a claim for either maintenance or a lump sum payment in lieu of maintenance. It is crucially important not to deal with these claims on a piecemeal basis but to look at the whole picture and reach an outcome which deals appropriately with all the various claims.

Every party involved in a divorce or civil partnership dissolution has a potential claim for a pension share. The claim is not guaranteed to succeed. It is just one part of an overall settlement and will be considered in conjunction with the various other claims that each party can make. The objective is to try to find an overall settlement which achieves as fair an outcome as possible, given the circumstances of the case. Whether or not that settlement will include a pension share will depend on whether the parties agree on it or whether, in the absence of agreement, the court decides that such an order is appropriate.

Financial and property arrangements on the breakdown of a marriage or civil partnership are potentially complex and there is no magic formula for calculating what the outcome will be. It is sensible to try to reach agreement rather than get involved in potentially expensive, lengthy and stressful court proceedings, but we strongly recommend that each party should obtain their own separate specialist independent Family Law advice as part of the process of resolving these issues.

The TSP Family and Divorce team advise clients on all aspects of private family law and are able to offer a free initial chat for prospective clients. If you would like to make an appointment or have any questions arising from the matters raised in this article, or any other family law matter, please contact the team on 01206 5744431 or by email at info@tsplegal.com.