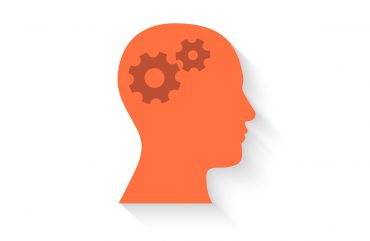 An investigation carried out by the Guardian has found that at least 271 highly vulnerable mental health patients have died over the last six years after failings in NHS care.

Paul Farmer, Chief Executive of the mental health charity Mind, said “It is not acceptable that some trusts fail in the most fundamental requirements of providing care, with catastrophic consequences”.

The Guardian investigation established that coroners in England and Wales had served a “prevention of future deaths notice” (PFDN) on one or more NHS bodies in 271 cases. Problems identified by the coroners included errors, misjudgements, flawed processes, a lack of staff or beds, and poor training.

If a coroner believes shortcomings by a person, organisation or public body such as a hospital trust, council or government department, are so serious that other people may die unless urgent action is taken to tackle them they are obliged under The Coroners and Justice Act 2009 to issue a PFDN.

The Guardian analysed PFDNs issued between 2012 and 2017 involving people receiving NHS care for mental health conditions and uncovered a total of 706 failings across the 271 deaths. In many cases patients took their own lives. Many of the notices examined by the Guardian cited inadequate supervision of someone who is a clear suicide risk. In dozens of cases, staff made mistakes with medication or failed to assess properly the risk that the patient would take their own life. The notices were also reported to have included cases in which patients were discharged too soon without adequate support, instances of poor or inappropriate care and cases in which treatment was delayed.

The findings come at a time of growing concern about the NHS’s ability to cope with the fast-rising demand for mental health care and fears that some patients are facing long delays in accessing treatment and receiving inadequate care when they do.

Stacey Anderson, Chartered Legal Executive in the Clinical Negligence team at Thompson Smith and Puxon, said “The figures revealed in this investigation are shocking and highlight the importance of the NHS responding to, and addressing, the concerns raised by coroners to ensure that lessons are learned and future deaths are prevented. Such deaths can have a huge impact on the families of the deceased, emotionally of course, but also to some degree financially.”

If you think you may have been the victim of a medical accident or inadequate care, contact one of our Medical Claims Advisors on 01206 574431 to find out more about how we can help you with your potential Medical Negligence claim.