Organisation or Individual – Who is Liable? 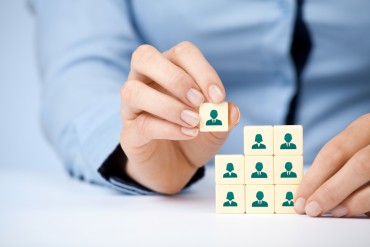 The Employment Tribunal frequently finds employers liable for discriminatory actions (including harassment and victimisation) carried out by a member of its staff.  In this article, Jolyon Berry, Employment Law solicitor at Thompson Smith and Puxon, discusses a couple of recent judgments in the Employment Tribunal.

Typically, an individual who has a grievance with their line manager, and who has brought a claim to the Employment Tribunal, accuses both the line manager and the employer of breaches of the Equality Act.  It is a common tactic for Claimants to cast the net wide when commencing proceedings by suing individuals and organisations together.  It may be true that the employer has deeper pockets than the individual line manager being sued and so is a better target in some respects.  It may also be that by suing one of its managers or directors, the Company is under greater pressure to negotiate an out of Court settlement.

An employer can defend itself against such claims if it can show that it has done all that it can to prevent the discriminatory acts from happening in the first place.  Many companies have, however, been found liable despite running such defence on the basis that there is no evidence of up to date training or the application of appropriate policies which might otherwise exonerate them.

Back in March this year Ms Teresa Georges sued her employer, POBL Group Ltd.  Her claim was for racial harassment on the basis that at the diversity training that the employer was running (presumably to try to avoid the risk of being liable for exactly the sort of claim that was brought) the trainer wrote the “N” word on a flip chart and repeated it three times in the context of a discriminatory word.  The Claimant said that the use of the word in a training environment related to racial harassment and the Tribunal agreed.  An example of how not to conduct a good training session?

However, a recent judgment from the Leeds Employment Tribunal demonstrates that if an employer takes all reasonable steps in regard to policies and training the Tribunal will accept this as a defence. In this particular case an employee of Leeds City Council suffered unwanted comments about his race, his skin colour and the nationality of others which all amounted to racial harassment.  But the Tribunal held that the employer had shown that it had taken all reasonable steps to prevent the supervisor from making racist comments to fellow employees and while the individual supervisor was held personally liable for the harassment, Leeds City Council was not.

It is true that the ability to separate the liability of an employer from an errant employee is difficult.  However, this case, and others, prove that it is possible but only if there has been training of an appropriate nature and that the policies about such behaviours are understood and applied throughout the organisation.

If you need advice on equal opportunities and unconscious bias or would like to explore further the In-House training courses that TSP Learning can offer please contact Employment Law specialist Jolyon Berry on Jolyon.berry@tsplegal.com or on 01206 217034