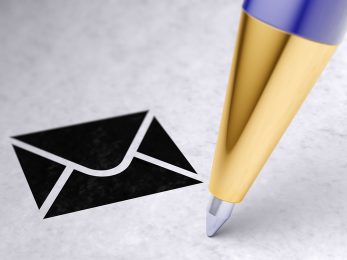 Following on from our article relating to the new guidance on the legal effect of electronic signatures, the High Court, in the case of Neocleous v Rees [2019], has ruled that an automated email sign-off was adequate as a signature for the purposes of a contract involving the transfer of land.

For a contract to transfer land to be legally binding it must not only satisfy the general legal requirements for the creation of a contract (i.e. offer, acceptance, consideration and creation of legally binding relations) but it must also be in writing, include all of the agreed terms and be signed by or on behalf of each party.

The case involved an agreement between lawyers (on behalf of their clients) to transfer land in settlement of a dispute. The email identified the land and the agreed price and the court was asked to determine whether the auto-generated email signature at the bottom of an email satisfied the requirement for the contract to be “signed”.

The court determined that even though the sign-off was automatically applied, there was a conscious decision to put it there and the sender would have known that it would be applied.  The fact that the parties had intended to enter into a contract at the time the email was sent, created a binding contract. The court was of the opinion that the exchange of emails created clear terms of the contract in writing and that the automatic sign-off was legally effective as a “signature” by (or on behalf of) the parties.

This decision is particularly significant given that the High Court had previously said, in the case of J Pereira Fernandes SA v Mehta [2006], that an automatically-generated email footer was not a signature and that in order to sign an email, active steps must be taken to insert the name of the sender.

It remains to be seen whether this case has wider reaching application beyond the facts of the case. For example it is not clear whether there is a difference in interpretation between say, setting a sign-off rule yourself and the rule being created by someone else, such as a sender’s IT department or their secretary. In any event, the court stated that the recipient of an email is entitled to rely on the mere presence of a footer as a signature, regardless of who created it, so parties (and their lawyers) should take greater care when negotiating by email exchange, particularly when agreeing heads of terms of a deal.

For more information the Thompson Smith and Puxon Corporate and Commercial team can be contacted on 01206 574431 or by email at info@tsplegal.com.