Dentistry Update: State of the Market 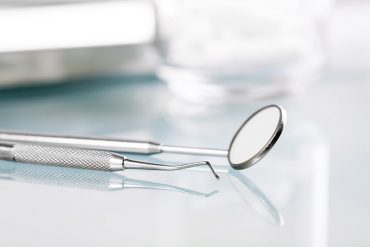 Thompson Smith and Puxon Director and Corporate and Commercial solicitor Nick Mayles discusses the important points from the latest Benchmarking Report from the National Association of Specialist Dental Accountants and Lawyers (NASDAL) which was released towards the end of March this year. The figures used in the Report were sourced from accountant members of NASDAL across the UK in respect of the 2017/18 period, with a sample size of 650 principals and limited companies, and 600 associates.

The Report also suggested that larger dental practices, who had engaged associates, tended to fair better, with net profits rising from £138,511 to £143,446 per principal; whereas the smaller practices without associates saw a more modest rise from £105,914 to £107,869 per principal. As for associates themselves (again, based upon the findings in the Report), they suffered a further reduction in fee income of 1%, and in net profit of about £1,000.

Deal activity remains strong, as do the lenders’ appetites for providing funds to finance acquisitions.  Whilst there will always be a natural progression of owners seeking retirement and looking to sell their practice, there are concerns in some quarters that the sale value of a practice may have reached a peak and settled (for the time being, at least).

There are, of course, a whole host of factors that will affect the value of a practice, but there are a number of reasons which might support the view that values are at their peak. Owners face a number of challenges, and with them, costs, in running an efficient and compliant dental practice. Adoption of modern-day technology, satisfying ever-increasing regulation, and (where resources allow) engaging capable associates and other staff all play a part in the pressure on costs, and can account for a great deal of administrative time that many practitioners prefer to spend with their patients.

Then there is the uncertainty surrounding the future of the NHS Contract. Reform is expected; but the shape of that reform and its likely impact is not yet known. Whilst further clarity is required, there are worries that, to the extent payments continue (under the reform) to be based upon UDAs, some Contract values could fall from their current level. This would not only reduce the fee income available under the Contract, but also the value of the practice on a sale.

Practice owners (particularly those with NHS Contracts) who are considering retirement may well take the view that current market conditions are favourable for a sale and, in some cases, so too might associates, who (according to the findings in the NASDAL Report) have continued to see a fall in their income and profit figures and may wish (with or without third party finance) to take the next step towards ownership. Time will tell whether this is indeed the case.

The sale process is lengthy and can be complicated and, to some extent, will be dependent upon third parties (including NHS England, CQC and, where third party finance is provided, the banks). It also requires a considerable amount of input and effort from both seller and buyer.

TSP’s Corporate and Commercial team is, according to the Legal 500, particularly experienced in the healthcare sector, advising on NHS contracts as well as pilot schemes, partnership arrangements and business disposals.

Nick Mayles, who is recommended by the Legal 500 for his “considered and proactive advice”, has specialist expertise in the sale, acquisition, merger and internal arrangements of dental practices. Colleague Claire Powell is also recommended by the Legal 500 and is described as ‘thorough, knowledgeable and responsive’. She specialises in advising GP practices and healthcare franchise work.