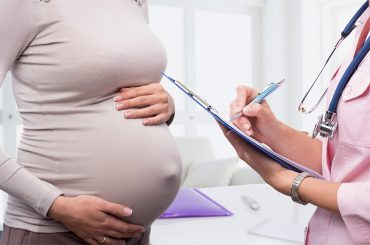 Jeremy Hunt has unveiled new plans for independent investigations to be offered to grieving families who have endured the trauma of stillbirth or life changing injuries to their babies. He said that he hoped this would help the NHS learn from mistakes as part of the drive to halve the overall rate of stillbirths, deaths and brain injuries.  The Government had pledged to halve rates of stillbirths, neonatal and maternal deaths and brain injuries by 2030, after an international study in 2011 showed Britain’s rates were 33rd out of 35 high income countries. Mr Hunt has brought forward the target date for this pledge to 2025, saying the improvements will save more than 4,000 lives.

The Health Secretary also said the Government would look into changing the law to allow inquests to be held to examine failings which caused babies to be stillborn. Currently, coroners can only investigate deaths of babies who show signs of life after being born.

Mr Hunt’s announcement comes as a report prepared by doctors, academics and health charities has found that, of the cases investigated, about 80% of full-term stillbirths and deaths of babies during childbirth could have been prevented if mothers received better care and UK maternity units were better staffed.

The study by MBRRACE-UK (Mothers and Babies: Reducing Risk through Audits and Confidential Enquires across the UK) found that, of the cases studied, in 8 out 10 deaths different care might have saved the baby. In at least 1 in 4 deaths, the enquiry found there were problems with adequate staffing and resources to provide safe care.

The findings, which were based on an in-depth analysis of what went wrong with 78 of the 225 deaths in 2015, have prompted concern that some babies are dying because midwives are too busy to provide proper care in maternity units that are often under intense pressure.

In 3 out of 4 of the cases, panels found quality of care issues during labour and birth which may have led to the baby’s death. Enquiries found there were problems with:-

MMBRACE-UK concluded “The panel consensus was that in nearly 80% of deaths improvements in care were identified which may have made a difference to the outcome for the baby”.

The Health Secretary has said there are “not enough staff across the whole NHS” and this would be addressed by a major expansion in training places in the coming years.

The new system will see around 1,000 deaths and cases of severe injury referred to a new Healthcare Safety Investigation Branch, led by safety experts. The plans include targets to reduce numbers of babies being born prematurely, by detecting risks earlier.

Stacey Anderson, GCILEx in the Clinical Negligence team at TSP, said “The findings of the MMBRACE-UK report has identified important gaps in the quality of maternity care and the current challenges faced by maternity and neonatal units. The trauma of stillbirth, neonatal death or life changing injuries to babies has a devastating impact on families, both emotionally and financially. It is therefore extremely pleasing to see the importance of maternity care being addressed. The hope is that the NHS will learn from mistakes and take action to improve services for women and families and reduce the rate of stillbirths, deaths and brain injuries. The offer of an independent investigation will certainly be a very welcome step in the right direction. It is important that parents receive an honest explanation from an independent investigator about what went wrong. Furthermore, it is vital that shortcomings are identified and changes made to protocols or training so that not only is the cause of harm identified, but also the safety of future patients is improved.”

If you think you may have been the victim of a medical accident or inadequate care, contact one of our Medical Claims Advisors on 01206 574431 on by email at info@tsplegal.com to find out more about how we can help you with your potential claim.