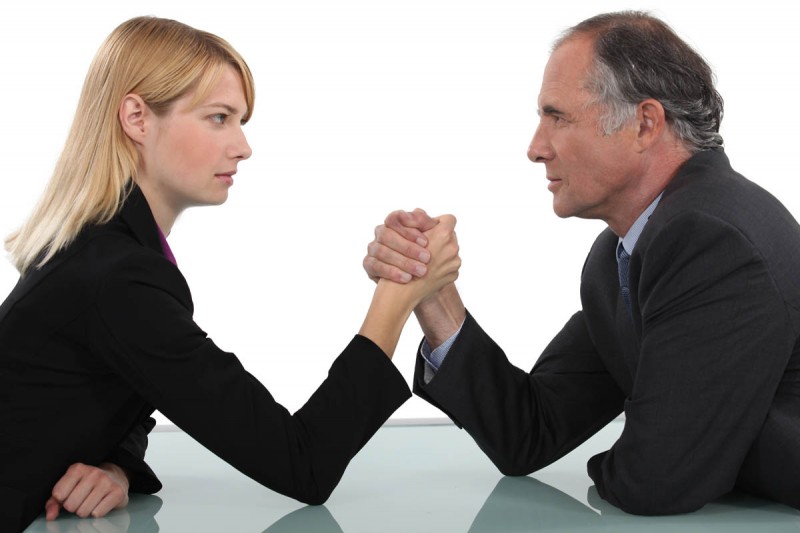 There are a number of different scenarios where sex discrimination may occur in the workplace. We have listed some below. Additional examples can be found by downloading our PDF on the subject by clicking here.

What if: You are treated less favourably (worse) than another worker or job applicant because of your sex?

For example you are not given a job promotion, access to facilities, or you are dismissed or subject to any other detriment because of your sex.  Or, because you are breast feeding.

This is known as Direct Discrimination. It is unlawful.

What if: There is a rule or work practice which applies to everyone, but puts you and people of your sex at a particular disadvantage?

For example a job specification requires all candidates to be 5 feet 10 inches or taller.

Because women, on average, are shorter than men, there will be more women than men who are unable to satisfy the height requirement.

This is known as Indirect Discrimination and unless it can be justified on reasonable grounds, it is unlawful.

What if: Someone subjects you to something (conduct) that you do not want in relation to your sex, and the conduct is either intended to or actually violates your dignity or creates an intimidating, hostile. degrading, humiliating or offensive environment for you?

For example: During a training session a male trainer directs a number of remarks of a sexual nature to the group. You find the comments offensive and humiliating to you as a woman. Or for example: Male members of staff look at pornography at work creating an intimidating or offensive environment for female colleagues.

This is known as “harassment”. It is linked with bullying. It is unlawful and can never be justified.

What if: You are subjected to harassment of a sexual nature. You receive unwelcome sexual advances, touching, forms of sexual assault, sexual jokes, emails containing sexual innuendo etc.?

This is known as “sexual harassment”. It is linked with bullying. It is unlawful and can never be justified.

Equal pay for Equal Work: You do work which is “broadly similar” or “equivalent to” that which is done by someone of the opposite sex who is employed by the same or an associated employer, and you are not paid the same?

For example you are a school dinner lady. Your job is rated as equivalent to refuse collectors and gardeners (predominantly male) employed by the same employer, but you are paid less than them.

This is both breach of contract and sex discrimination. Your employer will only have a defence if he is able to show that there is a relevant difference in circumstances between you and your comparator accounting for the difference in pay.

Exceptions with regard to Sex Discrimination: