Common Reasons for a Challenge 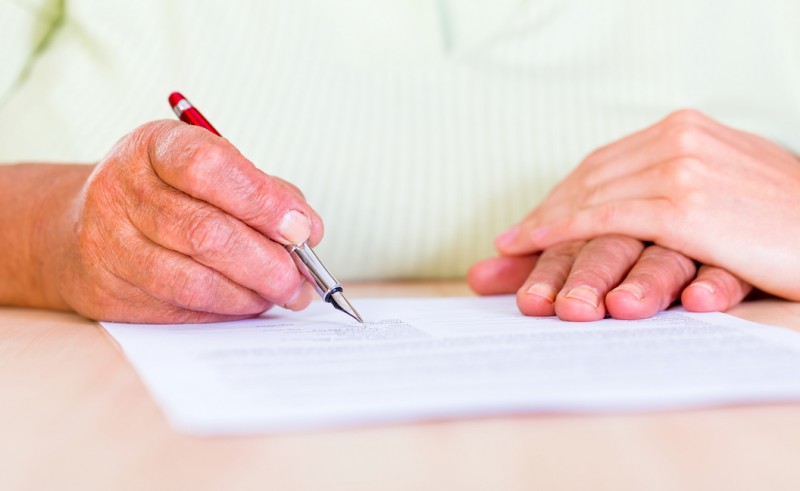 Some of the common reasons for disputing a Will are explained below:

Formal validity and lack of due execution: A Will is invalid if it does not meet the following requirements:

The legal presumption is that a Will has been validly executed unless there is evidence to the contrary, such as doubts over any of the above factors. There are also strict rules about who can and cannot witness a Will. If the Will does not comply with these requirements it is usually invalid and ineffective.

Disputing a Will based on a lack of testamentary capacity requires evidence that the person making the Will was not mentally capable at the time of making the Will. Medical records and evidence from witnesses who came into contact with the testator at the time the Will was made will be crucial, as will expert evidence.  There are an increasing number of claims challenging a Will on the basis of lack of testamentary capacity in view of the ageing population and increase in dementia.

Undue influence:  In order to challenge a Will for undue influence you have to show that there was coercion, manipulation, deception or intimidation by another party to put pressure on the person making the Will to influence its content to their advantage at the time the Will was made.

Without coercion, the influence applied cannot be termed ‘undue’. Coercion is pressure that overpowers the wishes and exercise of the testator’s judgement and is distinguished from mere persuasion. Pressure which overbears the testator’s free judgement, discretion or wishes is enough to amount to coercion.

Coercion may be brutal and directly obvious such as confinement or the threat or use of physical violence against the testator or against someone close to them. Coercion may also be more subtly applied in the last days or hours of life when the testator is least able to resist that pressure. The test courts use to determine if there was undue influence is to decide whether the testator is likely to have thought: ‘this is not my wish but I must do it’.

Lack of Knowledge and Approval:  A person must have knowledge of and approve the content of their Will. It is possible to contest a Will on the basis of a lack of knowledge and approval even if the Will appears to be validly executed and the testator had mental capacity. It must be shown that the testator was not aware of the content of the Will or that there were suspicious circumstances. If the suspicion of the court is aroused, the court will need to be satisfied that the Will represents the wishes of the deceased. Where a party writes or prepares a Will under which he takes a benefit, this will “excite the suspicion of the court” and the court will be vigilant in examining the evidence in support of the Will. The extent of the burden depends on the seriousness of the suspicion that has been aroused.

Revocation:  A Will can be revoked by:

Proprietary estoppel: If you were given assurances by the testator during their lifetime about inheriting land or property only to have those promises not honoured in the Will this can be challenged by proprietary estoppel. To succeed you have to show that it would be “unconscionable” for the person who made the assurances or representations to go back on his word and show that you acted to your detriment in reliance on the representations made.

Before making any claims parties are encouraged to exchange information to seek to resolve or at least narrow the issues before legal proceedings are issued. If however legal proceedings are necessary we can help steer you through this process. Contact our experienced and approachable Dispute Resolution team here.