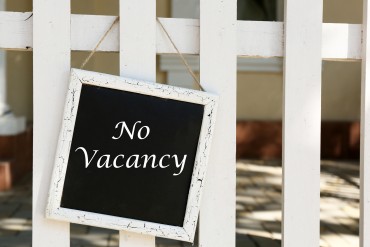 Julian Wilson (pictured) leads the Clinical Negligence team at Colchester and Clacton Law firm Thompson Smith and Puxon. He is a member of The Law Society’s Clinical Negligence Panel and of the AvMA (Action against Medical Accidents) referral panel. Julian comments below on the recent Mid Staffordshire NHS Foundation Trust’s public enquiry.

In December 2012 the Dr Foster Unit at Imperial College published an independent guide to the efficiency of Hospital Trusts throughout the country, and it is understood that the call for investigation into Colchester Hospital arises from that report.

The key findings of the statistical report are that

This is against a background of the reduction in the number of hospital beds by approximately a third over the last 25 years.  When bed occupancy rises above 85%, the quality of care starts to be affected, and for 48 weeks a year most Trusts are more than 90% occupied.  Of those patients whose admission might have been avoided had their care been better managed, 50% were over 75.  Furthermore, these numbers have increased over the last five years.

The report viewed mortality rates from the various Hospital Trusts, identifying four measures of hospital mortality.  First, there was a measure of deaths while in hospital care which was based on 56 conditions which account for 80% of deaths.  Secondly, there was a measure of deaths following hospital treatment.  This was based on all conditions and deaths were measured as those taking place in hospital or within 30 days of discharge.

The next measure was deaths after surgery, dealing with those patients who have died from a possible complication.  Fourth, there was analysis of the deaths from low risk conditions, where patients would normally be expected to survive.

The report highlighted those hospitals where their numbers were higher in two out of the four measures.

Despite Colchester’s having been identified as a Hospital Trust requiring investigation, it was higher than expected in only one measure and the other three measures were within expected limits.  However,ColchesterHospitalwas in the category of higher than expected deaths following hospital treatment, and of all the 145 Hospital Trusts in the survey it was second highest in that one category.  The identification of this risk follows the publication of the Francis Report on Mid Staffordshire NHS Foundation Trust.

Acting as we do for victims of fatal accidents, many of the claims which we pursue on behalf of our clients are made against Colchester Hospital University NHS Foundation Trust.  Although we have a team of four helping the victims of medical injury, I am hesitant to draw conclusions from our caseload about the performance of Colchester General Hospital. It is therefore instructive to see the results of this independent survey.  It is of interest too to see that on 11 February further ‘investigations’ into other Trusts are to be commenced.