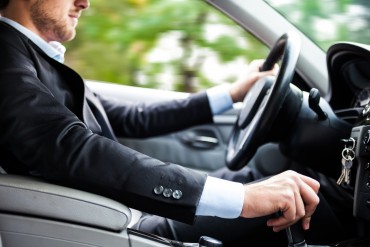 Marcus Price, Head of Family Law at TSP writes on recent developments in the Divorce Courts. For Marcus’ article detailing the Supreme Court decision in this case please click here.

Mr Toad, recently divorced, leaps into his luxury sports car, guns the engine and heads for the open road.  The car and the open road were, according to a Court of Appeal judge, presented to Mr Toad by two other Court of Appeal judges as a result of the decision in the case of Prest, in which judgment was given on 26 October 2012.  This article comes with a health warning, as the wife in the case has been given permission to appeal to the Supreme Court, so everything that follows may be rendered obsolete in the blink of an eye.

The courts’ powers to deal with finance and property on divorce are primarily contained in the Matrimonial Causes Act 1973.  The power under intense scrutiny in the case of Prest was the power of the court to order one party to the marriage to transfer to the other party property to which the first party is entitled.  So the court can only order a person to transfer a property if that person is “entitled” to the property in question.

In the Prest case, almost all of the properties were owned by the husband’s companies.  The husband failed to engage properly in the legal process and was found to have been extremely obstructive so far as revealing required details of his circumstances was concerned.  He was so disengaged from the process that he did not even pursue his own appeal to the Court of Appeal but left it to the companies to challenge the decision of the Family judge.  The Family judge ordered the husband to achieve the transfer to the wife of properties which were actually owned by the companies as companies, and not by the husband as an individual.

When the case came to the Court of Appeal, it was heard by three judges, one of whom was a Family Division judge and the other two who were not.  The path followed by the Family Division in a number of cases prior to Prest has been rendered inaccessible by the two-to-one majority decision.

So far as two judges were concerned, the position was clear and can be summarised below:

Once two out of the three judges had decided that under Company law the husband was not entitled to the various properties, that was the end of the matter.

And so Mr Toad leaves the divorce court with all properties owned by companies in which he is the sole shareholder safe from Mrs Toad’s claims.  He jumps into his fast car and races off down the open road.  He has not a care in the world.  There is not a cloud in his sky, although wait – what is that on the horizon?  The Supreme Court lies ahead.  Will that change anything?  Only time will tell.

Marcus Price heads the Family and Divorce Law team at Colchester and Clacton Solicitors Thompson Smith and Puxon (TSP). Marcus can be contacted on 01206 217073 or by email on mprice@tsplegal.com