The Wider Implication of the Colchester Cancer Record Cover Up 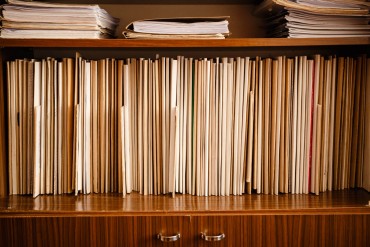 Colchester Hospital, already under a black cloud after being put in the second-from-worst risk category by the Care Quality Commission (CQC) just two weeks ago, has now received a further blow this week with the CQC’s discovery that staff have been tampering with patient records to improve the hospital’s statistics for cancer treatment waiting times.

Professor Sir Mike Richards, chief inspector of hospitals, described it as “shocking”, Colchester MP Sir Bob Russell said he was “appalled” by the “devastating” findings; strong words, maybe, but these are justified responses  that reflect the seriousness of this unprecedented situation in NHS history.

Whilst the latest CQC findings are extremely worrying for the cancer patients identified by the CQC’s report, the practices and culture that have been uncovered at Colchester Hospital’s oncology department raise new concerns for patients in every department across every Trust. Surely the outcome of this week’s events is a deep concern that this latest scandal is indicative of a wider problem within our hospitals. With increasing importance placed on performance data and achieving national targets, it is not unreasonable to fear that this practice of altering records and supplying falsified figures is not just unique to theColchester’s Cancer Department.

The temptation is to dismiss the latest findings as a one-off scandal that should be seen in isolation from other areas of the hospital or indeed the NHS. However, it would be naive to do so. Wherever there are targets to be met the accuracy of patients notes will be at risk. The real issue is to determine whether this is happening elsewhere within this Trust or others. This is no easy task considering that the recent Keogh investigations that were carried out at Colchester Hospital did not actually discover this problem. In fact the alarm was raised by a member of hospital staff, and it was not the first time the ‘whistle had been blown’. Last year concerns were raised by administration staff and the Royal College of Nursing. The hospital looked into these reports and concluded that there were no serious problems. A year later the CQC has revealed that the problems were so serious that a police investigation was required, the Trust has been placed in special measures and the management of the trust is being reviewed.

In the past we have taken the view that medical records portray an accurate account of the patient’s medical history and indeed have sought to reassure people that this is the case. It is not an understatement to say that we were stunned and astounded to hear that there is evidence that records have been tampered with in the oncology department. We hope that the special measures will include some sort of audit or spot-check more generally across the hospital so that patients can be reassured that there are no wider concerns within the Trust.

Whilst the recent difficulties within this Trust are another shock for the Colchester residents, it is our belief that identifying the problems, as well as any poor care that arises as a result, can only serve to drive up patient safety as long as measures are put in place to guard against such activity in the future.

If you have any concerns regarding the contents of this article or think that you have been a victim of Clinical Negligence then please call Naomi Eady on 01206 217038.