The truth about ‘Fire & Re-Hire’ 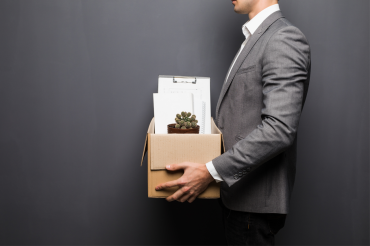 Fire & Re-Hire is not new (it’s not really even a thing but ‘Dismiss & Re-Hire’ does not rhyme). Dismissals are lawful if they are for certain, specific reasons. An employer that demonstrates it has a ‘substantial reason’ can dismiss staff within the law, but the reason and the process have to be justifiable and objectively fair.

Fire & Re-hire is typically used when an employer has been unable to negotiate necessary changes into employees’ contracts and is most commonly used en masse. In order to force change, it gives notice of termination of the original contracts and offers new contracts to start on the expiry of the old. The employer will have to demonstrate that all reasonable attempts to agree the change had been exhausted and that the old contract was no longer viable.

At Thompson Smith and Puxon, we recently advised a client to use this process when an employer needed to change workers’ shift patterns when new machinery necessitated changes to a production line. Some members of staff would not agree, hoping instead to be made redundant. Past experience informs us that when consulting staff about significant changes that end with Fire & Re-hire the following happens:

Fire & Re-hire has received much negative press recently, starting with the long and bitter industrial dispute between British Gas and some of its engineers when the changes were considered detrimental.

Most recently, the actions of P&O Ferries inspired some commentators to refer to Fire & Re-hire, although the practice implies that the workers hired are the same ones that were fired!

By way of a post-script, if you have wondered why P&O have been criticised for not holding redundancy consultations when quite clearly there was no genuine redundancy situation, it is because the law that requires the consultation of staff when 20 or more are affected by ‘redundancy’ has a different, wider, definition of the term than the Employment Rights Act.

The employment team at TSP will be delighted to hear from employers and to offer our services to those who seek to mitigate legal risks while managing staff during these challenging times. Contact Jolyon Berry, Head of the Employment Team, on Jolyon.berry@tsplegal.com or call 01206 574431.