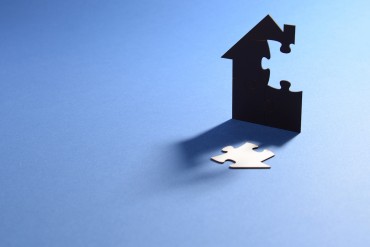 This week the Supreme Court delivered judgment in the eagerly anticipated case of Wyatt v Vince [2015] UKSC 14. The case has received significant press attention on the basis that Ms Wyatt, the former wife of Mr Vince, a multi-millionaire who made his fortune after the divorce, has been allowed to pursue a claim for financial provision against her former husband even though they were divorced over 22 years ago. Mr Vince is also required to pay his former wife’s legal costs to fund the litigation.

Even though the parties were divorced in October 1992 following their marriage of almost 11 years (albeit they had been separated since 1984), no court Order was made at the time of the divorce dealing with their respective matrimonial financial claims against one another. Following their separation, Mr Vince went on to establish one of the UK’s largest green energy companies and is said to now be worth £107 million. Ms Wyatt’s financial circumstances, on the other hand, have remained modest since their separation and she has been responsible for looking after the children of the family.

Although the Supreme Court has not decided the merits of Ms Wyatt’s financial claim or the amount that she should receive, they have allowed Ms Wyatt to continue with her application for financial provision. The Family Division of the High Court will now be tasked with determining Ms Wyatt’s application to decide what share, if any, she should receive from her former husband’s post-separation fortune taking into account all of the circumstances of the case. As part of this exercise the court will need to weigh up, amongst a number of other factors, the short length of the marriage, the long delay since the divorce, the needs of the parties and the contributions both parties have made financially and non-financially, including Ms Wyatt’s contribution to the upbringing of the children of the family.

This case demonstrates the importance of obtaining a final court Order at the same time as the divorce. Many couples going through the divorce process wrongly assume that all they need to conclude their divorce is the Decree Absolute. This is not the case. The Decree Absolute only dissolves the marriage – it does not terminate the financial claims either party has against the other. Such financial claims can only be dismissed by way of a Court Order, most commonly obtained by mutual agreement (known as a Consent Order) or following contested financial proceedings on divorce.

Unless and until there is a Court Order in place dealing with both parties’ respective financial claims, it remains open to either party to apply to the Court for financial provision from the other. As the above-detailed case demonstrates, this ability to apply is not restricted by a time limit and can be instigated many years after the divorce is finalised.

In many cases, the assets of a divorcing couple can be relatively modest. However, this is not sufficient reason for not entering into an agreed clean break Consent Order with your former spouse as it is quite possible for either party’s financial circumstances to change after the divorce. They may receive substantial inheritance or benefit from a financial windfall for example. To prevent a former spouse from seeking to claim to a share of your assets accumulated following the conclusion of your divorce, it is essential to obtain a Court Order dealing with such matters, ideally at the same time as the divorce. This will, in turn, provide both parties with certainty for the future and avoid the potential risk of future financial claims being made.

If you are contemplating or involved in divorce proceedings and are unable to reach an agreement with your spouse or former spouse in relation to the financial arrangements of your separation, including the issues covered above, please contact the Thompson Smith and Puxon Family and Divorce Law team for advice.