The Dogmata of TOLATA – Belief in the Court Process. 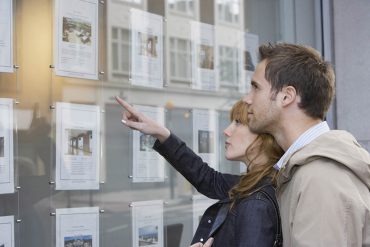 The modern age has presented many new living arrangements for the public. It is now the norm for couples to reside in property together before entering into marriage or a civil partnership and many couples will decide not to marry or become civil partners. The risk is that the cohabiting couples will make no arrangements for how the property should be held in respect of their beneficial interest or “share” of the property if it is solely owned by one of them.

Alternatively, given the difficulty in stepping onto the housing ladder, several people ask for financial assistance from older generations, such as parents, which can result in those assisting selling their own property in order to use the sale proceeds to purchase a new home for both them and the people that they are assisting.

The trend of couples opting to live together without legalising their union through marriage or civil partnership has given rise to the illusion of “common law spousal/partner rights”. Such illusion results in couples or those with other residential arrangements facing confusion and potential loss of rights in a property. As such, it is imperative that everyone ensures that their rights in respect of the property and their ownership is protected in case of the sale of the property, relationship breakdown or other termination of what had, to date, been harmony amongst the property residents.

For those facing difficulties such as where the legal owner of the property does not recognise a person’s interest, there is a dispute as to the share of that interest or co-owners or cohabitees cannot agree on whether a property should be sold, section 14 of the Trusts of Land and Appointment of Trustees Act 1996 (“TOLATA”) provides an avenue for redress.

Under this section, any person who is a trustee of land or has an interest in a property subject to a trust may make an application to the Court for an order declaring the nature or extent of that person’s interest in the property. For the avoidance of any doubt, the Court’s power is limited to deciding on the co-ownership of the property and is unable under TOLATA to vary the ownership shares of a property.

If there is no substantial dispute of fact, then the “Part 8 procedure” in the County Court can be used i.e. claims where a defence is not necessary and the Court can decide the matter without detailed pleadings being submitted. This means that the claim form, particulars of claim and all evidence in the form of a witness statement and exhibit have to be filed on the defending party.

If they do not respond to the claim, then the matter is listed for a relatively short hearing (typically one hour) and an order for possession and sale is made if the Court is satisfied that the claim has been established on the balance of probabilities.

The difficulties arise where there are substantial disputes of fact. Examples would include disputes over deposits paid for a property, allegations of maintenance and running costs of the property by one party and any defences of the property or contribution being a gifts rather than as consideration for a proprietary interest. The Court will need to be addressed on issues such as the intention of the parties and the purpose for which the property is held.

Whether the part 8 or part 7 procedures are followed will become apparent from any pre-action correspondence exchanged between the parties i.e. the more complex and involved the matter appears to be during the pre-action stage, then the more likely than not that the part 7 procedure should be pursued.

If the part 7 procedure is followed, being the general procedure for legal proceedings, then only the claim form and particulars of claim will be served on the defending party. The claim will be allocated to a track, which will inevitably be the multi-track, given the value and complexity of the claim, and will require represented parties to prepare cost-budgeting documents before further directions for disclosure, inspection, expert evidence and the exchange of evidence are set by the Court.

As set out above, the part 7 procedure is demonstrably more involved procedure and parties are therefore at the administrative mercy of the Court insofar as receiving dates listing costs and case management hearings, pre-trial reviews and trials. The certainty of the use of such procedure is that the claim will not reach conclusion for several months and potentially years.

The Court’s continued approach is to encourage parties to engage in Alternative Dispute Resolution (“ADR”) as an alternative to litigation. Whilst on paper TOLATA claims appear clear cut, the reality is that they can easily become convoluted and more involved once Court proceedings are instigated. A failure of a party to consider ADR may be viewed, depending on the circumstances of the case, negatively by the Court and have an impact or swaying factor on any costs award made by the Court to that party.

In any event, for a person depending on the proceeds of sale of the property to start a new life and to purchase new property, waiting for the conclusion of the legal proceedings and exhausting several thousand pounds in the process is a daunting and frustrating prospect.

Alternatively, if family members or persons with whom the preservation of a relationship is important, it would be prudent to consider and engage in mediation before Court proceedings are issued given that, if settlement is reached in mediation, the agreement is one that the parties have worked on together and can accept, rather than a decision that has been handed down by the Court and that they have to deal with.

TOLATA claims are an effective way of dealing with an otherwise denied or undefined interest in a property. However, it is important to gather all evidence to support the claim seeking such declaration of their interest before embarking on the litigation process. In this regard, declarations of trust are invaluable pieces of evidence in demonstrating to the Court the residents’ intention of how the property was to be shared.

Fortunately, the members of the Dispute Resolution Team at Thompson Smith and Puxon have many years of experience in dealing with such claims. The team can be contacted on 01206 574431 or by email at info@tsplegal.com.

In the alternative, if parties wish to engage in mediation, trained Civil and Commercial Mediators Sharon Auton and Laura-Pauline Adcock-Jones are able to assist. For more information on our mediation services, please click here.