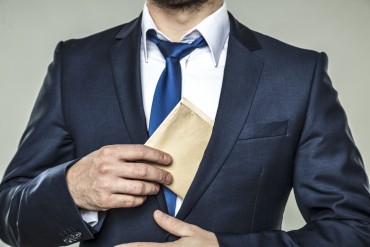 August 2016: The Serious Fraud Office (SFO) has obtained confiscation orders totalling £1,367,437 against three defendants convicted in the SFO’s first successful prosecution under the Bribery Act 2010. All three were given three months each to pay the confiscation orders or to face default sentences.

March 2016: The Sweett Group plc became the first company to be convicted under section 7 of the Bribery Act 2010. Sweett Group pleaded guilty to failing to prevent an act of bribery, and was fined £1.4 million. In addition, a confiscation order totalling £851,152.23 and an order for prosecution costs of £95,031 were made.

Section 7 of the Bribery Act 2010 has always been the most controversial part, criminalising companies for failing to act, rather than being complicit in bribery. The offence contains a statutory defence of having “adequate procedures to prevent bribery”. However, this case provides no further guidance on the extent to which procedures are deemed to be adequate.

February 2016: A UK printing company has been fined £1,316,799 for corruption and ordered to pay £881,158 confiscation, as well as £25,000 prosecution costs. The conviction follows a Serious Fraud Office investigation into corrupt payments made in return for the award of contracts to the company. The company was convicted under the old legislation as the offences pre-dated the Bribery Act 2010.

This business briefing outlines the offences introduced by the Bribery Act 2010 and the penalties for committing them. It also highlights practical steps that a business can take to help avoid breaching the legislation.

What is bribery? Transparency International (a non-governmental anti-corruption organisation) defines bribery as “the offering, promising, giving, accepting or soliciting of an advantage as an inducement for an action which is illegal or a breach of trust.”

Why was the Bribery Act 2010 introduced? The Bribery Act 2010 was introduced to strengthen the existing bribery and corruption laws in the UK. The Organisation of Economic Co-operation and Development (OECD) had repeatedly criticised the UK system for being weak and ineffective compared with the more robust regimes in other countries, such as the US Foreign and Corrupt Practices Act.

What are the offences under the Bribery Act 2010?

The types of function or activity that can be improperly performed include:

There must be an expectation that the functions are carried out in good faith or impartially, or the person performing them must be in a position of trust. It may not matter whether the person offered the bribe is the same person that actually performs or performed the function or activity concerned. The advantage can be offered, promised or given by the person themselves or by a third party.

Failing to prevent bribery: A commercial organisation is guilty of this offence if a person associated with it bribes another person, with the intention of obtaining or retaining business or a business advantage for the commercial organisation. The offence can be committed in the UK or overseas. A business can avoid conviction if it can demonstrate that it had adequate procedures in place designed to prevent bribery.

What are the penalties for committing an offence? The offences of bribing another person, being bribed and bribing a foreign public official are punishable on indictment either by an unlimited fine, imprisonment of up to ten years or both. Both a company and its directors could be subject to criminal penalties. The offence of failure to prevent bribery is punishable on indictment by an unlimited fine. Businesses convicted of corruption could find themselves permanently debarred from tendering for public sector contracts. A business may also be damaged by adverse publicity if it is prosecuted for an offence.

Practical steps to help avoid liability under the Bribery Act 2010

Top level commitment: All senior managers and directors must understand that they could be personally liable under the Bribery Act 2010 for offences committed by the business. It is important that senior management lead the anti-bribery culture of a business, especially if the business wants to take advantage of the “adequate procedures” defence to the offence of failing to prevent bribery.

Risk assessment: Consider all the potential risks the business may be exposed to. For example, certain industry sectors (such as construction, energy, oil and gas, defence and aerospace, mining and financial services) and countries are associated with a greater risk of bribery.  Think about the types of transactions the business engages in, who the transactions are with and how the transaction is conducted. High-risk transactions include:

Review how the business entertains potential customers, especially those from government agencies, state-owned enterprises or charitable organisations. Routine or inexpensive corporate hospitality is unlikely to be a problem, but clear guidelines should be put in place. If the business operates in foreign jurisdictions, always check local laws.

Implementing and communicating an anti-corruption code of conduct: Implement a code of conduct setting out clear, practical and accessible policies and procedures that apply to the entire business. Make sure the code is communicated effectively to all parts of the organisation.

Carry out background checks when dealing with third parties: A business will be liable if a person associated with it commits an offence on its behalf. Businesses should therefore review all their relationships with any partners, suppliers and customers. For example, if an agent or distributor uses a bribe to win a contract for a business, that business could be liable. Ensure that background checks are carried out on any agents or distributors before they are engaged by the business.

Effective implementation and monitoring: Consider introducing a compulsory training programme for all staff. If only a few employees operate in a high-risk area, consider targeting the training at those employees. Ensure anti-corruption policies and procedures are continually monitored for compliance and effectiveness, both internally and externally.

The content of this Business Briefing is for information only and does not constitute legal advice. It states the law as at August 2016. We recommend that specific professional advice is obtained on any particular matter. We do not accept responsibility for any loss arising as a result of the use of the information contained in this briefing.