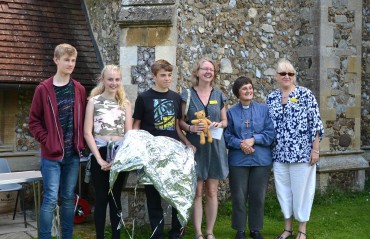 A fun filled morning was had by all this Saturday (16th July) at St Michael’s Church Brantham when the annual Teddy Bear Parachute Jump took place.

The sun was shining for the brave Bears and their Trainers who took part in the event sponsored by Colchester and Clacton Solicitors Thompson Smith and Puxon. Each Bear, wearing a parachute designed by their Trainer, was launched from the top of the Church tower. Their descent was timed and the Bear who managed to stay airborne the longest crowned the winner. Each Bear was allowed multiple jumps to try and beat their existing time with parachute alterations and repairs allowed between jumps. With a record turn out, over one hundred and thirty jumps were made from the tower throughout the morning.

The winning Bear was  ‘Greg’ with a flight time of 34.06 seconds, closely followed by ‘Bed Bug’ in second place with 31.41 and a last minute entry ‘White Bear’ flying into third place with a time of 28.50.

The event raised a total of £950 for Church funds. The money that has been raised by the Teddy Bear Parachute Challenge in recent years has been put towards the addition of disabled bathroom facilities and a new kitchen in the Church which were “opened” in May this year. 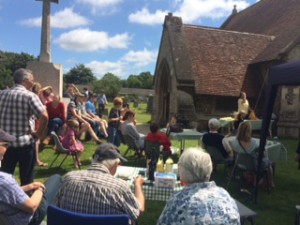 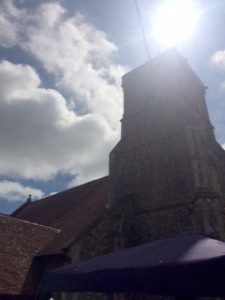 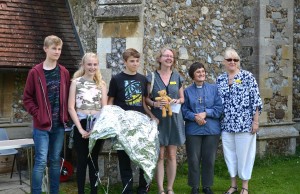 The winning bears and their owners. 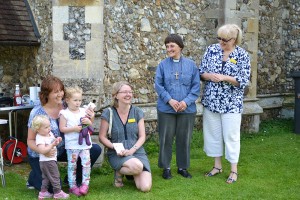 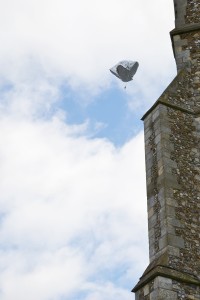 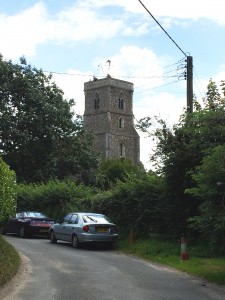