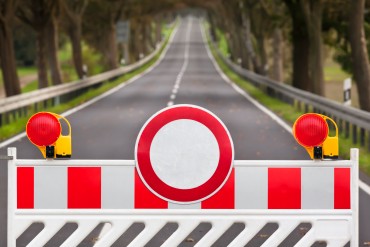 Marcus Price, Director and Head of Family and Divorce Law at Thompson Smith and Puxon (TSP) discusses developments in the case he first wrote about in January 2013.

Between October 2012 and June 2013 you might have seen Mr Toad, sole director of and shareholder in Toad plc, racing up and down open roads across the United Kingdom in the latest of his smart sports cars. He would have been in jovial humour. But then in June 2013 his mood changed. If you would like to know more please read on.

In June 2013 the Supreme Court gave its judgment in the case of Prest. Mrs Prest had appealed to the Supreme Court after losing in the Court of Appeal, which had in turn overturned the earlier decision of a High Court Judge who had found in Mrs Prest’s favour.

The case involved some fairly technical stuff but essentially concerned the concept of a limited company being a separate legal entity and the question whether, and, if so, in what circumstances, a Divorce Court could order a company to transfer assets to one of the divorcing couple.

To track the case through to the Supreme Court decision it may help to summarise the background and the decisions of the three Courts which dealt with the case.

Background: Mr and Mrs Prest were married for several years. They had children. While they were married various properties, including the former matrimonial home, were acquired in or transferred into the names of companies of which Mr Prest was the sole shareholder and director. This was done with Mrs Prest’s full knowledge and there was no suggestion that it was done with any intention to make Mrs Prest’s financial position more difficult should she and Mr Prest ever divorce. It was legitimate, lawful and entirely transparent.

Companies are entirely separate legal entities from the people who own shares in them and control them. Potentially this creates a problem where a party to a marriage is in sole control of a company and  then divorces.

On a divorce the Court has various powers under the Matrimonial Causes Act 1973 to sort out the financial and property aspects of the case. These powers include the ability to order a spouse (“A”) to transfer to the other spouse (“B”) property to which A is “entitled”. This is fine if A owns property as an individual but what if property is owned by a company of which A is the sole director and shareholder? The company is not a party to the divorce and is a separate legal entity to A.

Before the Prest decision, the Family Division had tended to adopt a practice of assuming that if A was the sole shareholder of the company and had unrestricted control of the company’s behaviour the Court had the power to order that A should transfer company assets to B.  Alternatively, if it could be shown that A had somehow acted improperly e.g. by setting up a company and acquiring assets in the company’s name specifically in contemplation of divorce and with a view to protecting such property from a claim by B, the Courts sometimes took the view that they could “pierce the corporate veil”, i.e. override the protection afforded to the company by virtue of being a separate legal entity so as to treat the property as belonging to A for the purposes of the divorce settlement.  It was these practices which  fell to be considered in Prest .

The High Court Decision: In a matrimonial finance case both A and B are required to provide the Court, and each other, with full disclosure of their financial circumstances. Mr Prest failed to engage in this process despite various Court Orders being made against him. A High Court Judge decided that there was no basis to pierce the corporate veil of the companies as they had been established for legitimate reasons and without any impropriety. However, the Judge continued the practice referred to above by deciding that because Mr Prest was the sole shareholder and director of the companies the Court would order that properties held in the names of the companies should be transferred to Mrs Prest. The Judge in effect treated the companies as if they were Mr Prest and as if Mr Prest were the companies.

The Court of Appeal Decision: Unfortunately for Mrs Prest the companies appealed against the decision of the High Court Judge. Again Mr Prest did not trouble to engage with the proceedings. Even more unfortunate for Mrs Prest was the fact that of the three appeal Court Judges dealing with the appeal only one was a Family Judge. The other two were of a more commercial background and took a very dim view indeed of the practice of the Family Courts to blur the distinction between A and his companies in cases where A was in sole control of such companies. Indeed some of the comments of the two Judges were quite disparaging and might have been taken by some Family Lawyers – well OK, me – as suggesting that intellectually we really are lightweights when compared to Commercial Law Practitioners.

The two Judges decided that the High Court Judge was wrong and had no power to require that company-owned assets be transferred to Mrs Prest.  The Family Judge in the Court of Appeal, Lord Justice Thorpe, said that the decision of the majority would present “an open road and a fast car to the money-maker who disapproves of” the practice that the Family Division had adopted when dealing with cases involving companies of which one spouse was in control.

So this decision enabled the recently divorced Mr Toad to jump into his fast car and head for the open road, happy that his ex-wife Mrs Toad would not be able to get her hands on the assets of Toad plc.

The Supreme Court decided that the Courts could not order company assets to be transferred to B just because A was the sole shareholder and director of the company.

The Supreme Court also cast doubt on whether there was a doctrine of “piercing the corporate veil” but decided that in any event if there was such a doctrine the facts of the Prest case would not justify applying it as there was no impropriety involved in the assets being held by the companies and not by Mr Prest.

In some ways the outcome is slightly strange in so far as it was a very good outcome for Mrs Prest on the particular facts of this case, but generally it will not be of any assistance to people in Mrs Prest’s situation unless they can demonstrate that the company holds the assets on trust for the other party to the divorce.:  that may not often be the case. Therefore in general terms the decision actually restricts the previous practice of the Family Division which would not have limited its willingness to transfer company assets to cases solely where companies held property on trust for an individual but also exercised their power where an individual was in effect in sole control of the company whether or not the company held the property on trust for that individual.  The Supreme Court decision makes very clear that a person being in control of a company does not entitle a Family Court to take the view that the company assets should therefore be available for transfer to the other spouse.  If the property is not held on trust and if there is no impropriety which results in the Court “piercing the corporate veil”, the Court will not have the power to transfer the company assets to the other spouse.

The Prest decision is also likely to be of limited importance in that an easier route for a Court to follow on a divorce is to order the person who owns the shareholding in the company to transfer some or all of that shareholding to the other party.  A person who owns shares is “entitled” to them and therefore a Court can order that individual to transfer his or her shareholding, or a part of it, to the other spouse.   Sometimes where a spouse wants to hang on to their shareholding they may use their control over their company to transfer assets instead so as to retain the shareholding, but, following the Supreme Court’s decision, that is not something that the Court could order a company to do unless the corporate veil is pierced following impropriety or the Court finds that the company owns the relevant property on trust for the individual spouse.

Where does that leave Mr Toad?: Mr Toad’s enjoyment of his fast car and the open road will be interrupted by the road block that the Supreme Court has placed in his path. He will be required to wait at the road block while the powers that be determine whether Mrs Toad can demonstrate that Toad plc holds assets on trust for Mr Toad.  If she can, then Mr Toad will have to accept that he will face the prospect of the company assets being available for transfer to Mrs Toad and he will have to abandon his journey.  If Mrs Toad cannot demonstrate that Toad plc holds assets on trust for Mr Toad, the road block will be lifted and Mr Toad will be able to continue on his merry way although, depending on in which jurisdiction the ultimate shareholdings are held, Mrs Toad might be able to obtain an Order that Mr Toad should transfer his shareholdings to Mrs Toad but she will not be able to access the company properties themselves.  Unless of course she can demonstrate that the doctrine of piercing the corporate veil does exist and that it applies in her case because Mr Toad and his company have behaved with sufficient impropriety. Surely Mr Toad would not do that, would he?  What would Moley say?

A warm TSP welcome to Helen

Thompson Smith and Puxon is pleased to announce the appointment of Helen Geldart as a...
Read more...