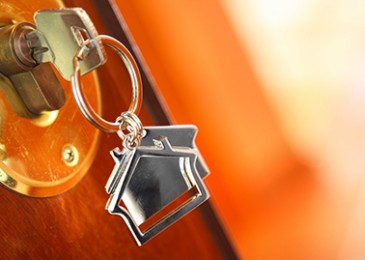 The possible perils of sub-letting your property on websites such as Airbnb and Tripadvisor have been hot topics in the media recently. The TSP Dispute Resolution team take a look at what you need to consider if you are thinking of posting your property on one of these websites.

There are more than 45,000 Airbnb listings in the UK and more than 2,000,000 worldwide. Renting properties on a short term basis through sites like Airbnb is often seen as a quick and simple way of earning additional income from an empty property or room. However, there can be serious consequences for tenants, long leaseholders and even the freehold owners of properties if the correct permissions have not been given.

The recent ruling in Nemcova v Fairfield (‘the Airbnb ruling’) has highlighted these problems. Ms Nemcova was a long leaseholder of a flat and had advertised short stays at the flat on sites like Airbnb and Tripadvisor. The flat was part of a block that was owned by Fairfield Rents Ltd who had received a number of complaints from other tenants regarding the short stays. Fairfield subsequently issued a notice in the First Tier Tribunal for determination on whether or not the short term lets were in breach of a covenant in Ms Nemcova’s lease that prohibited tenants from using their property for any purpose other than as a private residence. The Tribunal found in favour of Fairfield and was supported on appeal by the Upper Tribunal which found that there had been a breach of covenant as the flat had not been used as a private residence. The Upper Tribunal was keen to emphasise that each case would be fact- specific. However, long leaseholders need to be aware of the potential consequences involved in breaching a lease through subletting. These consequences may include forfeiting the lease itself and paying compensation to the Landlord.

It is not just long leaseholders like Ms Nemcova who may experience problems. Tenants on Assured Shorthold Tenancies who sublet their properties in breach of their Agreement may risk possession proceedings being brought against them by their landlord. It has been reported that increasing numbers of tenants have been served with a notice for possession under the Housing Act 1988 on the grounds that they have breached a term of their tenancy through subletting with Airbnb.  Although the court is not under any obligation to grant possession of a property solely on this ground. tenants should nonetheless be aware of the risk of a possession order being made and at the very least the inconvenience and cost involved in defending a possession claim.

Those with a mortgage are under a contractual obligation to obtain the consent of their mortgage lender if they want to let their property. This is due to letting being perceived as riskier than occupation by the home owner. Failure to obtain such consent could put you in breach of the terms of your mortgage and could result in lenders imposing financial penalties or seeking full and final settlement of the loan by way, if necessary, of possession proceedings.

Only those who own their property outright can avoid the risk of possession proceedings or financial penalties unless the necessary consents are obtained. However, home owners looking to let on Airbnb, even if they are not subject to mortgage provisions, should still be aware of the need to comply with Health and Safety obligations and any other regulations which may be applicable within their local area.

The Chancellor in his 2015 budget announced proposals to make it easier for tenants to sub-let by “prevent[ing] the use of clauses in private fixed-term residential tenancy agreements that expressly rule out sub-letting or otherwise sharing space on a short-term basis”. This has however taken a back seat on the political agenda and it has yet to be seen whether these proposals will be come into force. For the time being tenants, long leaseholders and borrowers alike should remain cautious over the risks of short term sub-letting without all necessary permissions.

The Dispute Resolution team led by Sharon Auton regularly deals with these kinds of disputes. The team can be contacted on 01206 217035 or by email at info@tsplegal.com.