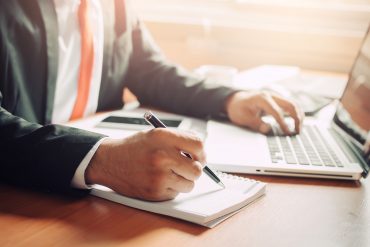 According to statistics released by the Department for Business Energy and Industrial Strategy (“BEIS”) last month, 98.6 % of the 5.9 million businesses in the UK operating at the start of 2019 were classed as a small business (that is, having 0-49 employees).  These small businesses are therefore crucial to the success of the UK economy and it would appear their number is growing – two hundred thousand more small businesses have started up in the last year alone.

BEIS also stated in last month’s release that, in actual fact, 76% of all businesses in the UK do not employ anyone other than the owner. For these sole shareholder/director companies, the day-to-day management and corporate governance is theoretically much easier because you simply have to ensure that you are executing your own commercial strategy whilst operating within the remit of the Companies Act 2006 (the Companies Act”) with little input from others.

Death of a director

However, these sole shareholder/director operations need to give careful consideration to the management and general smooth running of their companies in the event of their death, incapacity or even bankruptcy. Obviously this can be a difficult area to contemplate but the current model articles (as prescribed in  the Companies (Model Articles) Regulations 2008), which most companies adopt with little or no adaptation, only address the situation where a single director, who also is the single shareholder, dies and then enables the director’s  personal representatives, for example the executor of the will or a person named in a grant of letter of administration if no will was in place at the time of death, to be able to call a meeting in order for another person to be appointed as director.  A company must have a named director for the purposes of the Companies Act and so this scenario is already addressed in the model articles.  This situation is discussed more fully in our article “Business Succession and Planning for your Death: Sole Director-Shareholder Companies” which you can read here.

As the model articles current stand, it would be impossible for another director to be appointed and for the company to continue without the representatives of the sole director, whether an attorney or trustee in bankruptcy, having to apply to court under section 306 of the Companies Act to ask the court to order that a meeting can be called in order to allow a director to be appointed.  This could be a costly and uncertain process and would cause unnecessary stress in what may already be a difficult time for the sole shareholder/director, their family and representatives.

What can be done?

We would advise that the company’s articles of association are amended to cover these situations to give a sole shareholder/director comfort, knowing that whatever the situation, their representatives can ensure the smooth running and continuation of their company. We recommend that legal advice is taken, ideally at the incorporation stage of the company to address these kinds of scenario. Failing that, these amendments can be included at any point in the company’s life because it is relatively straightforward and much more cost effective to amend the articles in advance than having to go through a court application should the unthinkable occur.

Our Corporate and Commercial team would be delighted to assist you with this amendment process to give you and your family peace of mind for the protection and future-proofing of your company. The team can be contacted on 01206 574431 or by email at info@tsplegal.com.