Snow: Health and Safety, Whistleblowing and the Importance of Policies and Procedures 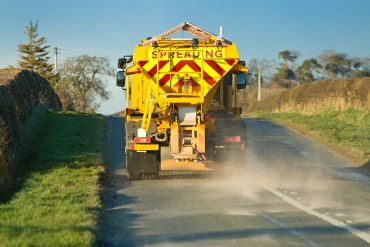 We are all used to preparing for snow and icy weather. We make sure we have some warm clothes, a blanket and a shovel in the car and when there is even a suggestion that it might snow we pay greater attention to the weather forecast.

For businesses, planning for snow is just as important; Richard Porter, Head of Employment at TSP outlines a case from a recent Employment Appeal Tribunal that illustrates how having the correct policies and procedures in place is a must.

The Employment Appeal Tribunal has held that a manager’s concerns about employees driving in snowy conditions could amount to a ‘qualifying disclosure’ about health and safety for the purpose of whistleblowing protection.

Mr S was a new manager who had been employed to manage a sales team whose work included driving to customers and potential customers to obtain sales. The winter of 2010 was particularly severe and members of Mr S’s team raised concerns about driving to appointments in the snow. Mr S e-mailed the company’s health and safety manager asking whether the company had a policy concerning driving in the snow and whether it had done a risk assessment. When Mr S received replies in the negative to both questions he sent a follow-up e-mail to the same manager asking for formal guidance, stating that his team was under a lot of pressure to keep on the roads and that it was dangerous. Several days later, following queries from his team, Mr S e-mailed a member of the company’s HR department asking whether they would be paid if they were unable to attend appointments because of the snow. In the same e-mail, Mr S said that he had driven on the roads himself, knew how dangerous they could be, and that he had a duty of care towards his team.

Mr S was dismissed. He did not have sufficient continuous employment to qualify to make a claim for unfair dismissal, so he made a claim as a “Whistleblower” claiming that his dismissal was due to the fact that he had raised health and safety concerns regarding driving in the snow and that this amounted to whistleblowing. The Company argued that the raising of the concerns in this way could not amount to whistleblowing.

The Employment Appeal Tribunal decided that the three e-mails taken together could amount to a qualifying disclosure for the purposes “whistleblowing” even though they were not sent to the same individual or department, and taken separately each e-mail was not such a disclosure. The Employment Appeal Tribunal relied on the principle that an earlier communication can be read together with a later one as ‘embedded’ in it, rendering the later communication a protected disclosure even if, taken on its own, the later communication would not qualify.

The lessons to learn from this case are that you should always take health and safety seriously and undertake risk assessments as necessary; think about adverse weather in advance and issue a policy dealing with any points which arise; and when dismissing an employee, even if the employee is not yet protected against unfair dismissal, you should follow a fair procedure so that the reasons for dismissal are abundantly clear and there is no possibility of a claim based on peripheral facts.

FAQs: What is Whistleblowing? The Gov.uk website defines whistleblowing as when a worker reports suspected wrongdoing at work. Officially this is called ‘making a disclosure in the public interest’.

For advice on Employment policies and procedures contact Richard Porter, Head of Employment at Thompson Smith and Puxon on 01206 217027 or email richard.porter@tsplegal.com