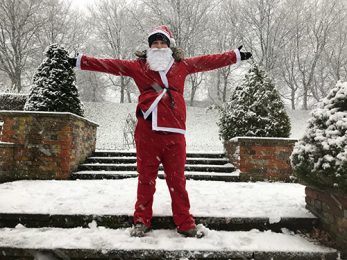 This year the Santas had an extra challenge as heavy snow hit Colchester on the morning of the run turning Castle Park into a winter wonderland. Unfortunately this meant the run had to be adapted and it was strictly walking only due to the icy conditions. Despite this, the group completed the event just with a few extra layers under their Santa suits!

Laura and a group of friends took part in the race to raise funds for the Neonatal Unit at Colchester General Hospital. Laura’s friend Stephanie organised the group entry following the birth of her daughter Imogen who was born with Pneumonia and had to be intubated in the Neonatal Unit. The group hoped to raise £750 in donations to fund new equipment and staff training for the department but managed to more than double this total raising a fantastic £1,600.00! 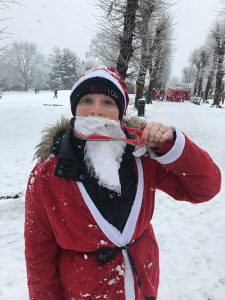 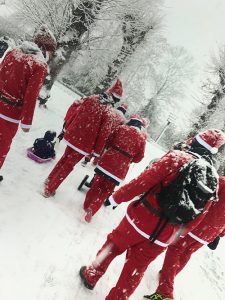 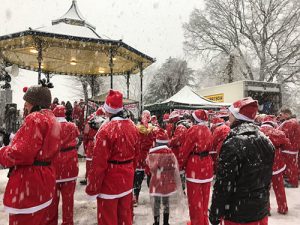