TSP Legal > News > Business Briefings > Retail failures – Where Does it Leave the Customer?

Retail failures – Where Does it Leave the Customer? 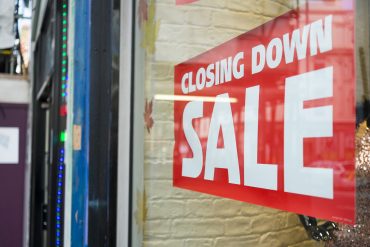 The last thing that anyone expected was that high street giant Debenhams could shut its doors on so many of its stores, problems at Mothercare have followed. It does go to prove, though, that the British high street is undergoing major changes and could soon become a very different place to the shop-filled precincts we all grew up with. The advent of online shopping, and the public’s final willingness to embrace internet retail has sounded the death knell for many high street stores, including some of our biggest and best-known names.

Why are they failing?

Apart from the digital onslaught that has completely changed the way people shop, one of the biggest reasons for retail failure is the cost of overheads, and in particular business rates. These have spiralled upwards in the last five years, making it almost impossible for retailers to turn a profit. There simply isn’t enough footfall on the average high street to provide the required amount of profit for shops to cover all their overheads. Sadly, that means they eventually have to either restructure their business completely or go bust.

Where does that leave the shopper?

It’s deeply upsetting for the people who lose their jobs as the result of a retail failure, but it’s also a concern for customers too, especially if they have paid for an item and don’t receive it before the shop closes, or it is faulty and still under warranty. Customers who have loyalty cards or vouchers can also be left in the lurch. There are a number of ways you can attempt to try and get your money back, but bear in mind that if the business has failed you may be well down the list of creditors and may have to resign yourself to the fact that you may not get all (or even any) of your money back.

The first thing to do is to make contact, either with the company or with the receivers. Tell them exactly what you’ve paid for, and either ask for a refund, or for delivery of the goods you’ve bought. If you have a voucher then you can ask for it to be refunded, although bear in mind that if the voucher was given as a gift then it’s the person who bought the voucher who will get the money back, not the recipient.

If you can’t get in touch with the business (if they’ve gone into receivership or administration, for example), then you can search Companies House (if they’re a limited company) or the Insolvency Register (if they’re a sole trader or a partnership) to find out who to contact. Bear in mind that this is not a quick process, and it could take several weeks or even months for the information to be released.

You can try several ways of getting your money back. Firstly, you can register a claim as a creditor by filling out a form and returning it to the administrators. Bear in mind that those with the largest claims (such as suppliers, HMRC, and other major creditors like landlords) will be at the top of the list.

If the value of the item exceeds £100 and you paid for your item by credit card, then you can make a claim under Section 75 Consumer Credit Act 1974 against your card provider as the credit card company is jointly and severally liable for any breach of contract or misrepresentation by the retailer or trader.

If you paid by debit card or if the item was for less than £100 and you paid by credit card, then you can ask for ‘chargeback’, where the card provider requests a refund from the seller’s bank.  This will not be effective however if the seller has ceased trading and closed the account. You will need to act within 120 days of the date of the purchase.

In all of these cases, you will need one thing – patience. If a company has gone into administration then the process will take months, if not years, to resolve. The smaller your claim, the longer it can take to get any kind of resolution.

It’s also unlikely that you will get all your money back, as the assets left over after the larger creditors have had their claims settled need to be divided up between hundreds or even thousands of claimants like yourself.

It is very unlikely you will get anything back at all for loyalty schemes or cards, as there is very little monetary value attached to these. For vouchers, remember it’s the purchaser who will have to pursue a claim, not the recipient.

If you’ve been left out of pocket by a retail failure, talk to a solicitor who specialises in insolvency claims to get the right advice.

For more information or advice contact the Thompson Smith and Puxon Insolvency team on 01206 574431 or by email at info@tsplegal.com.