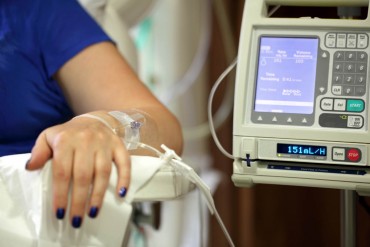 The Care Quality Commission’s investigation into Colchester Hospital’s alleged cancer records scandal has declared that there has been no manipulation of patient data.

Over the last year Colchester Hospital, which is in ‘special measures’ for poor performance has been subject to two independent investigations: the first looked into alleged manipulation of cancer waiting times while the second focused on claims staff were bullied into changing data so that the hospital appeared to be meeting national, government-set targets.

The results of these investigations have just been released and conclude that data relating to cancer treatment waiting times had not been manipulated. It also said there was no culture of bullying and there is no case for any staff to answer relating to bullying or harassment.

The £500,000 review, carried out by Carole Taylor-Brown and Professor Pat Troop, found that failings were the result of managerial incompetence, not corruption. The investigation did highlight some areas of concern; it found evidence of poor documentation and record-keeping and identified a number of patients who had experienced suboptimal care, diagnosis or treatment. However, importantly, reviewers could not firmly establish any intent of hospital staff to deliberately falsify figures.

Naomi Eady, Solicitor in the Clinical Negligence team at Colchester solicitors Thompson Smith and Puxon says ‘this is very good news for the hospital and will hopefully be an encouragement to patients or those whose loved ones have been treated by the cancer department at the hospital. However, if anyone has any concerns about hospital care that they, or a member of their family, has received they should contact an experienced clinical negligence solicitor who may, in the first instance, as we do at TSP, assess their case free of charge and discuss any problems that they have experienced.’