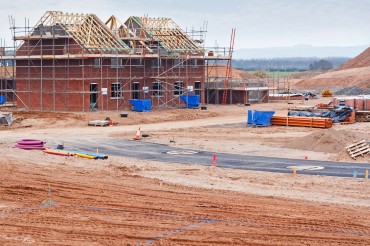 Stephen Firmin, who leads the Thompson Smith and Puxon (TSP) Agricultural team, returns to the subject of Promotion Agreements.

We are constantly told about the need to build more houses and some local authorities have to find room for thousands of new dwellings over the next decade or two.

If you own land which is potentially developable, you will want to consider your options.  Many landowners are being approached by “promoters” who hope to make what are known as “Promotion Agreements”, unheard of 5 years ago, but becoming increasingly more common.

Broadly speaking, in such an Agreement a  promoter agrees to apply for planning permission for a development on the land owner’s property. Promoting land for development is often extremely expensive and the costs can run into six figures or more.

If the land is sold, the proceeds get divided between the promoter and the land owner in agreed proportions.  One advantage of these Agreements is that the land owner has an incentive to maximise the land value.

In negotiating the terms of these Promotion Agreements, I have found that a number of issues often arise. Some landowners are content to hand over the project to the promoter/developer, others want hands-on involvement. Often the landowner will want the scheme to proceed only if a minimum sale price is obtained and it is very often appropriate to insist on a set of deadlines for the fulfilment of the promoter’s obligations. In many cases it is agricultural land that is the subject of the promotion and the landowner will want to go on cultivating the land while the planning process proceeds – the Agreement must make it clear that he can.

Please contact Stephen for advice on Promotion Agreements and other agricultural matters.