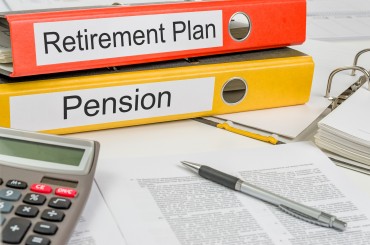 August 2016: In its annual commentary and analysis on the employer auto-enrolment reforms, the Pensions Regulator has revealed that more than 6.1 million workers had been successfully automatically enrolled since the reforms began in 2012, and the overall number of employers caught by auto-enrolment duties has been revised down to between 1.32 million and 1.46 million.

May 2015: New figures from the Pensions Regulator show that the number of penalty notices issued to employers who have not complied with their auto-enrolment duties increased sharply in the first quarter of 2015. Between 1 January and 31 March 2015, 198 fixed penalty notices were issued.

Small employers (those with fewer than 50 employees) should be aware that 1 June 2015 is the start of the staging date for them to automatically enrol eligible “jobholders” in a pension scheme. Small employers have until 1 April 2017 to complete the process.

A “jobholder” will include permanent, fixed-term and temporary employees, as well as agency workers. A business can use an occupational or personal pension scheme if it meets statutory quality requirements. Otherwise the business can enrol jobholders in the National Employment Savings Trust (NEST), a central defined contribution scheme to be set up by the government.

December 2014: The Department for Work and Pensions has published its annual automatic enrolment evaluation report. The report uses the latest available research and analysis from a range of sources to show what has happened since automatic enrolment began. Key findings in the 2014 report include:

Up to the end of September 2014, more than 4.7 million workers had been automatically enrolled across nearly 34,000 employers. The level of opt out has been broadly consistent since automatic enrolment began in 2012 at around 10%. The factor that had the largest effect on opt-out rates was age, with older employees more likely to opt out than younger employees.

The business briefing that follows explains the obligations that the automatic pension enrolment requirements place on a business.

What is auto-enrolment? From a date after October 2012, businesses will be required to automatically enrol eligible “jobholders” in a pension scheme. A “jobholder” will include permanent, fixed-term and temporary employees, as well as agency workers. Although there are a few categories of individuals that are excluded from the employer duty (for example, those who have given notice), generally speaking, most employees will have to be auto-enrolled.

A business can use an occupational or personal pension scheme if it meets statutory quality requirements. Otherwise the business can enrol jobholders in the National Employment Savings Trust (NEST), a central defined contribution (DC) scheme set up by the government.

A DC scheme (also known as a money purchase scheme) is a pension scheme in which an employer and employee pay fixed contributions. The employee usually receives a pension or annuity at retirement, the size of which depends on the contributions paid and the investment return on those contributions over the member’s working life (although, since 6 April 2015, new flexible access options mean that an employee is, in many cases, no longer obliged to take a pension or an annuity).

Employees may opt-out of either scheme, but only once they have been automatically enrolled. Businesses must pay a minimum level of pension contributions for each employee.

No exemption for smaller businesses: Small businesses will not be exempted from the auto-enrolment requirements since this would exclude 1.3 million employees from the reforms and create substantial enforcement problems. Small employers (those with fewer than 50 employees) will start being subject to auto-enrolment from June 2015.

What is the income threshold at which individuals are auto-enrolled? Jobholders will only be automatically enrolled once they reach a statutory earnings trigger (£10,000 in 2015/16). Contributions will be based on earnings between the National Insurance lower earnings limit (£5,824 in 2015/16) and the upper earnings limit (£42,385 in 2015/16). Employees who have been automatically enrolled will continue to pay contributions until their earnings drop below the earnings trigger (unless they opt out). Any employees with earnings between these thresholds will be able to opt in and receive an employer contribution.

What are the age limits for automatic pension enrolment? The age band for eligibility is between 22 and the state pension age. Retaining the state pension age as the upper age limit gives people access to pension saving during their  normal working lives and avoids automatically enrolling people for whom saving is no longer the right option.

·         A minimum 9% contribution of pensionable pay (including a 4% employer contribution).

Businesses can voluntarily comply ahead of schedule: Businesses that were scheduled to automatically enrol in October or November 2012 were allowed to bring forward their staging dates to 1 July, 1 August or 1 September. Other businesses can bring forward their staging dates too, provided they notify the Pensions Regulator and have a qualifying scheme available.

The content of this Business Briefing is for information only and does not constitute legal advice. It states the law as at August 2016. We recommend that specific professional advice is obtained on any particular matter. We do not accept responsibility for any loss arising as a result of the use of the information contained in this briefing.