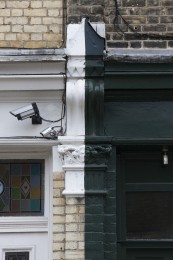 This business briefing highlights the key features of the law that governs work on a party wall. It summarises the steps for existing walls, new walls and excavation works. It also explains the consequences of failing to follow the correct procedures.

What is a party wall? The most recognisable party wall is a wall that forms part of a building owner’s building and stands on a boundary between the building owner’s land and the land of an adjoining owner. However, party structures can also include garden walls, vertical or horizontal walls, and floors or ceilings between flats and maisonettes.

Failure to serve a notice: A building owner will be in breach of the statutory procedure if they:

Claiming compensation. In some instances an injunction will not be appropriate (for example, where the building owner’s works have already reached completion). In this situation, the adjoining owner may bring court proceedings against the building owner and seek compensation (damages) for their failure to serve a notice.

The content of this Business Briefing is for information only and does not constitute legal advice. It states the law as at February 2013. We recommend that specific professional advice is obtained on any particular matter. We do not accept responsibility for any loss arising as a result of the use of the information contained in this briefing.