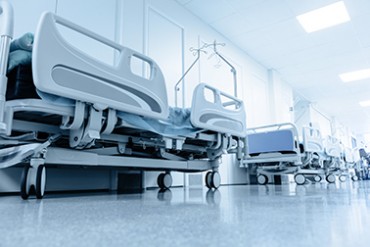 Some hospital bosses have described this winter in the NHS as the worst they have ever seen. Winter always brings immense pressure to the NHS but this year has seen problems arise in all areas, not just in accident and emergency departments. Since Christmas the whole system has been backed up and delays in discharging patients, due to a lack of care in the community, as detailed in our recent article here, have been blamed.

Overcrowding in particular has also been a problem. According to NHS England, in order to reduce risks of infection and delays in treatment, hospitals should have no more than 85% of beds occupied

Research by the BBC has found that since the start of December 137 out of 152 hospital trusts have been above that level and over 60 hospital trusts had rates of over 95%. 20 new hospitals would be needed to reduce the overcrowding to safe levels.

Chris Hopson, chief executive of NHS Providers, which represents hospitals, said the bed shortages were “extremely worrying” and that “above 85% and the risks start rising and once you get into the 90% it is significant. You don’t get this in other countries and it just shows the pressure hospitals are under.”

The NHS has had too many patients this winter. Resources become stretched leading to delays in treatment and the possibility of medical mistakes.

Steve Webb, TSP Clinical Negligence Solicitor said “It goes without saying that unnecessary delay in admission to hospital is a massive risk in relation to patient safety. Obviously the problems with care in the community have a dangerous knock on effect.”

If you think you may have been the victim of a medical accident or inadequate care, contact one of our Medical Claims Advisors to find out more about how we can help you with your claim.

The figures and quotes featured in this article can be found here.