Monitoring Employees’ Emails in the Workplace and the Right to Privacy 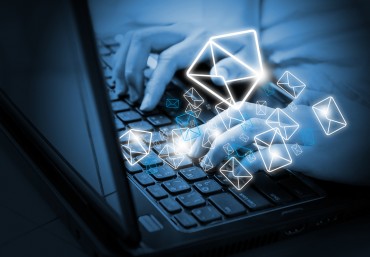 March 2016: Businesses should take note of an important case on privacy of personal communications at work that related to a private sector employer’s monitoring of an employee’s work-related Yahoo Messenger account. The employee was dismissed for personal internet use at work, contrary to the employer’s internal rules. As part of its investigation the employer accessed intimate messages sent by the employee to his fiancée and his brother. These messages were printed by the employer and used in the disciplinary proceedings as well as in the employee’s subsequent court challenge.

The case received a great deal of media coverage in the UK, some of it giving the misleading impression that the court has given employers a green light to snoop on employees’ personal emails. However, the decision does not go nearly as far as this. Most UK employers allow or at least tolerate some personal internet and telephone use at work, and there is a growing body of unfair dismissal case law highlighting the need for employers to put in place clear policies and avoid disproportionate responses.

Changes in how employees use technology are also presenting new challenges. Many employees now have smartphones that may make personal use of the employers’ systems less of a necessity (and make monitoring of their workplace activities by employers harder). On the other hand the “Bring Your Own Device” phenomenon is leading to an even greater blurring between the private and the professional in many workplaces.

April 2015: Damages for Online Defamation: The click of a mouse can communicate a defamatory statement instantly to thousands of people throughout the world. The High Court recently awarded £50,000 damages to a US law firm and its principal, finding that a false posting on the firm’s Google Maps profile was defamatory. The defendant admitted that the posting of the negative review of the firm had come from his Google account, but denied that he was responsible for it. After considering various hypothetical explanations from the defendant, the court concluded that the most likely explanation, on a balance of probabilities, was that the posting from the defendant’s account was authored or authorised by him.

January 2015: The use of social media is fast expanding in the workplace. While an employer may legitimately restrict an employee’s freedom of expression at work, or in a work-related context, whether that restriction can extend to personal, out-of-work, activities will depend on the circumstances of each case.

The Employment Appeal Tribunal (EAT) has held that an employment judge failed to take full account of the public nature of Twitter when finding that an employee’s dismissal for posting offensive tweets was unfair. The judge did not properly consider whether the employee’s purportedly private use of Twitter was truly private, given that he was followed by 65 of his employer’s stores. This case suggests that an employer is entitled to be concerned as the result of there being a chance that offensive tweets will be read, rather than needing to prove that the tweets have caused offence. From a practical perspective, employers should remind employees to create separate personal and work-related Twitter accounts and should be explicit about both their expectations as to the use of social media and the sanctions that an employee can expect to face if they fail to adhere to these.

This business briefing highlights the risks all employees should be aware of when using email and the internet at work, sending work related emails or discussing the workplace on the internet.

Reputational risks: What you write in emails or on the internet could seriously damage your own or another person’s reputation, you could lose your job and you and your employer could be sued, fined or even imprisoned. Stop and think before you click…

Do not be hurtful or spread rumours

Do not make a contract by mistake

Do not copy someone else’s work: Only use or attach other people’s work to your emails if you have permission or you know it is not protected by copyright or other intellectual property rights (for example, trade mark rights). This includes photographs and music. Do not assume that work you find on the internet is free to use.

Do not send or view offensive or unknown material: Monitor what arrives in your inbox, especially if you do not recognise the sender or the title of the email seems odd. If there is a risk that an email may contain a virus, do not open it and inform the IT department immediately. You could be disciplined or even dismissed for forwarding inappropriate emails or accessing inappropriate websites at work. In severe cases it could also be a criminal offence.

The content of this Business Briefing is for information only and does not constitute legal advice. It states the law as at March 2016. We recommend that specific professional advice is obtained on any particular matter. We do not accept responsibility for any loss arising as a result of the use of the information contained in this briefing.