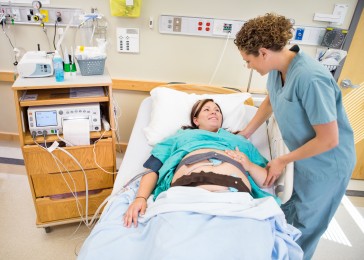 Compensation is awarded only where the damage to the patient has been caused by negligent medical care. The highest value claims arise from poor obstetric care related to mistakes during labour or caesarean sections which have caused the child to suffer brain damage, which would not have occurred with proper care. The reason settlement amounts are so high in these cases is to reflect the substantial amount of money needed to provide the injured child with specialist care, aids and equipment that they would not have needed had they received adequate clinical care. In some of these cases the compensation awarded can be into the millions of pounds, but in fact, according to NAO statistics, the average payment per claim is £277,000.

The NAO’s report also shed light on possible reasons why more was being spent on compensation for negligent maternity care in revealing that there was a lack of midwives and consultants on labour wards. The review reported that 2,300 more midwives are required across the country, some areas needing many more than others. Also, it was concluded that the more than half of maternity units are not meeting the standard recommended by the Royal College of Obstetricians and Gynaecologists. The Royal College of Midwives agreed saying: “We are many thousands of midwives short of the number needed to deliver safe, high-quality care.”

Public Accounts Committee chairwoman Margaret Hodge said “The Department of Health needs to buck up and take responsibility for this…it needs to review its monitoring and reporting process to ensure that all relevant bodies can work effectively together to deliver maternity services that are value for money and fit for purpose.”