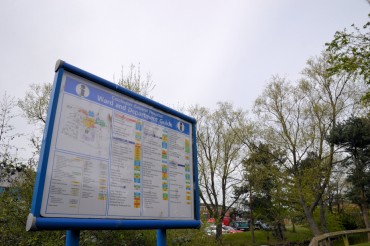 Naomi Eady, Clinical and Medical Negligence solicitor at leading Colchester and Clacton Law firm Thompson Smith and Puxon (TSP) discusses the ongoing Government review of NHS Hospitals and what this means for the residents of Colchester.

The Government is currently conducting a review of 14 hospitals in the country because of high death rates, and Colchester hospital is one of them. The investigation is being led by NHS medical director, Sir Bruce Keogh, whose team is particularly concerned about substandard treatment being given in the maternity department. Also under scrutiny are three surgeons, not yet named, who have worryingly high mortality rates in connection with procedures and operations that they have performed. Sir Bruce’s inspectors are also investigating reports of increased levels of medical errors, and above average expected death rates for elderly patients. National statistics measuring death rates at all hospitals in the country suggest that, in two years, there have been nearly 600 more deaths at Colchester Hospital than the statistics indicate should be expected.

Before the inspectors visited it, NHS Colchester General Hospital prepared a report which apologised that some aspects of the care given were sub-standard but reassured that it was confident that the Hospital is delivering safer care and was putting patients first.

Friends and relatives of people who died whilst in the care of Colchester Hospital are eagerly awaiting the outcome of the investigation. Many allege that lack of both competent medical treatment and basic care played a significant part in the death of their loved ones.

A similar investigation is also being undertaken at Basildon Hospital, which is also listed as one of the 14 with high death rates.

The Clinical Medical Negligence team at TSP has significant experience of dealing with medical negligence claims for clients which relate to Colchester hospital  – 2 examples follow:

Birth Injury: please click here to see how the team were able to help Kyle Burch who was injured at birth at Colchester General Hospital.

The TSP team members understand the life-changing problems that medical negligence can cause for the individuals concerned and their families. They will discuss and evaluate your claim and funding options with you sensitively and in total confidence. This initial evaluation will be totally free.

If you think that you may have been the victim of medical clinical negligence contact our team today on 01206 574431 or fill in and submit the form below and we will be in contact with you shortly.