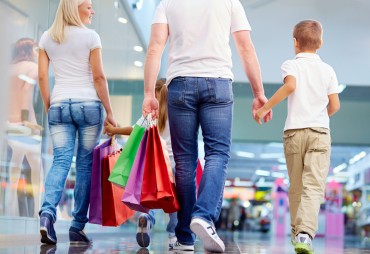 The Competition and Markets Authority (‘CMA’) has issued consultation draft guidance on unfair terms in consumer contracts, which it proposes to issue when the Consumer Rights Bill becomes law. The guidance sets out the CMA’s detailed views on how the unfair terms provisions in the Bill will operate.

The Bill itself sets out significant reform and consolidation of UK consumer law and, whilst still in draft form, it is intended to change consumer law in relation to the sale of goods, services and digital content. It will also incorporate the law on unfair terms in consumer contracts and introduce a right for consumers to take action for breaches of competition law.

Significant changes include the following:
•Under the Bill, the trader will be responsible for the cost of the consumer returning rejected goods
•The requirements in relation to how refunds are paid will also apply where the consumer only rejects some of the goods
•An exemption, which allows a deduction to the refund to take into account the use of the goods during the first six months, will only apply to motor vehicles

Hopefully, the final version of the Bill will be agreed shortly in order to enable businesses to focus on the key changes that they need to make to their terms and conditions, and sales processes. The Department for Business, Innovation & Skills has indicated that the planned implementation date of the new law is October 2015.

The draft guidance focuses on the “grey list” of terms which may be unfair with extensive sections on the “fairness” test and core exemptions that take account of recent case law. It also contains a detailed section on how the unfair contract terms and notices provisions in the Bill will be enforced. The consultation period closes on 30 March 2015.

The draft guidance is divided into 6 parts:

Part 4: Grey List and Annex A to OFT Guidance

Part 5: Exemptions from the fairness assessment

Part 6: Enforcement of the law relating to unfair terms

The expanded sections in the draft guidance on fairness and transparency, the application of the core terms exemption and the overall changes to reflect recent case law are particularly helpful.

For more information on how the TSP Dispute Resolution team can help with any contractual queries you may have, whether you are an individual or a business, click here.