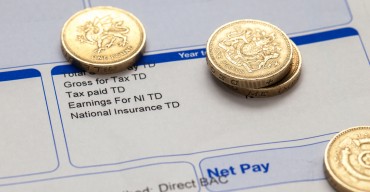 The Department for Business, Innovation & Skills (BIS) has published details of its updated policy on enforcement of the national minimum wage, which includes the revised scheme for naming and shaming employers, and the new system of increased financial penalties of up to £20,000 for the most serious cases.

If an employer is found to be underpaying employees, it seems that it will be very difficult for it to wriggle out of the revised “naming and shaming” scheme. It will also face significantly higher penalties as a result. The employment status of staff such as apprentices, interns or directors can sometimes be uncertain. Therefore, an employer must be careful that it is not accidentally underpaying staff as this will not stop HMRC issuing a Notice of Underpayment and referring the employer to BIS for naming

HMRC enforcement is initiated either by a complaint from a worker or a third party, or as a result of targeted enforcement in key low-paying sectors. Compliance officers investigate and, where they have determined that an employer has not complied with the requirement to pay workers the NMW, issue a Notice of Underpayment. This notice sets out the arrears of NMW to be repaid together with the penalty for non-compliance. A notice will be issued even where the employer has repaid the arrears to the worker during the investigation or the employer claims that the underpayment was accidental.

Revised naming and shaming policy: Any employer who is issued with a Notice of Underpayment by HMRC, no matter how small the underpayment, will be referred by HMRC to BIS for automatic naming. The “automatic naming” is subject to a 28 day appeal process. The employer may also make written representations to BIS if there are “very exceptional circumstances”, for example if naming the employer may:

BIS will release a press notice to name employers, rather than maintaining a public register.

Revised NMW penalties: The total underpayment for a worker is calculated as the difference between the remuneration received by the worker and the NMW rate(s) which applied at the time they were underpaid. The following revised penalties will apply to any Notice of Underpayment relating to a pay reference period beginning on or after 7 March 2014:

Where an employer’s underpayment falls before and after the effective date of 7 March 2014, it will receive separate Notices of Underpayment for each period calculated using the relevant financial penalties for those respective periods.

The content of this Business Briefing is for information only and does not constitute legal advice. It states the law as at April 2014. We recommend that specific professional advice is obtained on any particular matter. We do not accept responsibility for any loss arising as a result of the use of the information contained in this briefing.