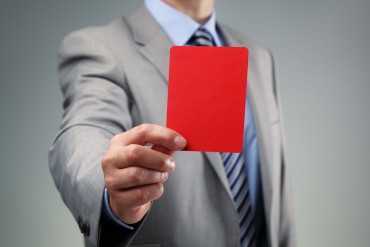 This business briefing explains what a monetary penalty notice (MPN) is and sets out when the Information Commissioner (the Commissioner) can issue an MPN against a business.

When can an MPN be issued? In order to issue an MPN the Commissioner must be satisfied that:

In addition, the Commissioner may issue an MPN if a person has seriously contravened any of the requirements of the regulations on privacy and electronic communications.

Before issuing the MPN the Commissioner must serve a notice of intent on the data controller, stating the intention to impose a fine and providing a set length of time to respond. The data controller can contest the issue of the MPN and/or the proposed size of the fine.

What is meant by the term “substantial”? The likelihood of damage or distress suffered by an individual will have to be considerable in importance, value, degree, amount or extent. For example:

What is meant by the term “damage”? Damage is any financial loss suffered by an individual, such as loss of earnings. For example:

What is meant by the term “distress”? Distress could be an injury to feelings or any anxiety suffered by an individual. For example:

What is meant by the term “knew or ought to have known”? A data controller is aware or should be aware of a risk that a contravention will occur. For example:

What factors will determine the amount of the MPN? A number of factors will be taken into consideration before deciding the level that the MPN will be set at, including:

What steps can a business take to avoid the imposition of an MPN or notice of intent? Ensure that the business can provide evidence that it has recognised the risks of handling personal data and has taken action to address the issue (for example, the business has conducted a risk assessment).

The content of this Business Briefing is for information only and does not constitute legal advice. It states the law as at September 2015. We recommend that specific professional advice is obtained on any particular matter. We do not accept responsibility for any loss arising as a result of the use of the information contained in this briefing.