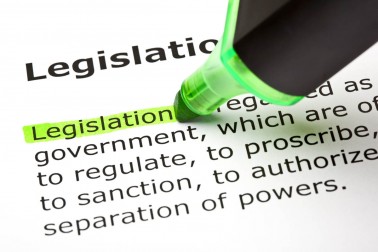 Update July 2016: The High Court has recently found a UK company civilly liable for victims of trafficking for the first time. The case illustrates the need for businesses to take action to ensure that modern slavery is eradicated from their supply chains. In this case, a gangmaster company was ordered to pay compensation to Lithuanian workers who had been trafficked to the UK and severely exploited by the company. The trafficked men were working in supply chains producing premium free range eggs for McDonald’s, Tesco, Asda, M&S and the Sainsbury’s Woodland brand.

New legislation, which came into effect in October 2015, requires large businesses with an annual turnover of £36 million or more to be transparent regarding slavery and human trafficking issues, not only within their organisation but also within their supply chains.

Which businesses will be affected?

Businesses will be affected if they:

Taken to its extreme, this could result in a UK parent company which carries on business in the UK having to issue a statement and each of its subsidiaries (which in their own right meet the threshold) also issuing statements.

What information needs to be included in the statement?

If a business falls within the above criteria, then there is a mandatory obligation to publish an anti-slavery statement. Whilst the contents of this statement are not mandatory, a business must describe the steps it takes to ensure that slavery and human trafficking are not taking place in any of its supply chain and in any part of its own business. It would be acceptable for a business simply to state that it does not take any specific steps or that it follows the procedure of its parent company.

In addition, the Act states that the following information may be included:

What are the implications for businesses if they do not comply?

There will be no financial or criminal penalties for failing to comply with this new disclosure obligation. The Government will, however, have the ability to bring proceedings in the High Court for an injunction requiring an organisation to comply. It remains to be seen to what extent the Government would be prepared to take such a step.

In practice the most likely implication for businesses that do not set out the steps they have taken to eliminate slavery and human trafficking from their supply chain and their own business is the risk of negative publicity with the potential threat to brand value, company reputation and investor relations. Such statements may well also become a prerequisite for tenders for certain work from Government and other concerned bodies.

What should businesses be doing now?

Businesses should be thinking now about how they are going to satisfy this new obligation. Steps should include:

When will businesses need to start complying?

Section 54 of the Act came into force on 29 October 2015.  However the Government has confirmed that the requirement to publish a statement will take effect in respect of financial years ending on or after 31 March 2016, thus giving businesses time to prepare..