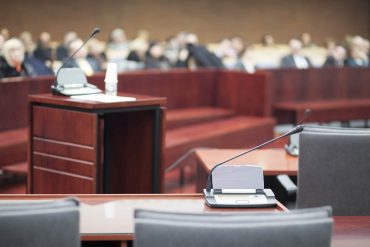 The Supreme Court ruling in the case of Barton v Wright Hassall LLP, on 21 February 2018, is welcome confirmation of how lenient, or not, the Courts are prepared to be with litigants in person who do not follow the Civil Procedure Rules (CPR) – the rules which govern civil proceedings. The Supreme Court has held that litigants in person must fully comply with those rules.

“Litigants in person” is the term used to describe individuals who conduct legal proceedings on their own behalf, rather than instructing a lawyer to represent them.  In the case of Barton v Wright Hassall LLP the claimant, Mr Barton, was the litigant in person. Mr Barton had served a claim for professional negligence, by email, on the Defendant’s solicitors on 24 June 2013, the day before the expiry of the validity of the claim. The general position in civil proceedings is that, for service of a claim to be effective, documents must be served by post, fax or personally on the other party unless some other method is expressly agreed. The Defendant’s solicitors had not agreed to accept service of the claim by email and therefore rejected the claim, after it had expired.

As Mr Barton could not simply issue and serve fresh proceedings because his claim was, by then, statute barred, he instead sought to persuade the courts to validate retrospectively his attempted service of the claim form by email. He was unsuccessful at first instance. He appealed and his appeals were repeatedly rejected, before reaching the Supreme Court which ruled against him on 21 February 2018.

Service of claims is provided for under Part 6.15(2) of the Civil Procedure Rules and the Supreme Court held that the rules should not be waived, just because a litigant in person was not represented. The Court held that service was both invalid and an error. It was held:-

“The rules do not in any relevant respect distinguish between represented and unrepresented parties. In applications under CPR 3.9 for relief from sanctions, it is now well established that the fact that the applicant was unrepresented at the relevant time is not in itself a reason not to enforce rules of court against him”

“Their lack of representation will often justify making allowances in making case management decisions and in conducting hearings. But it will not usually justify applying to litigants in person a lower standard of compliance with rules or orders of the court.”

He also made it clear that a solicitor has no obligation to point out the mistakes of an opposing litigant in person, and indeed cannot do so without appropriate authority from their own client which he recognised was unlikely to be forthcoming in circumstances such as these:

“Even on the assumption that they [the solicitors] realised that service was invalid in time to warn him to re-serve properly or begin a fresh claim within the limitation period, they were under no duty to give him advice of this kind. Nor could they properly have done so without taking their client’s instructions and advising them that the result might be to deprive them of a limitation defence. It is hardly conceivable that in those circumstances the client would have authorised it.”

The Supreme Court, in rejecting the claimant’s appeal, has made it clear that it is reasonable to expect a litigant in person to familiarise himself with the rules which apply to any steps they take.

Sharon Auton leads the TSP Dispute Resolution team. If you have a dispute and need help or advice regarding the Civil Procedure Rules then please do get in touch. Sharon can be contacted on 01206 217043 or by email on sharon.auton@tsplegal.com