Pride month – an update on LGBTQ+ rights at work 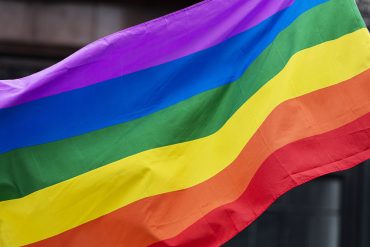 June is Pride month when the LGBTQ+ community celebrates with a series of events! It’s a joyful and fun time, but it’s also a protest – there are still battles to be fought especially when it comes to discrimination in the workplace. Even in the 21st century there are some workplaces where out of date attitudes towards being gay or transgender can lead to discrimination and harassment. To mark Pride month, we look at the rights gay and gender-fluid workers have under the current legislation.

Since 2010 it has been against the law to discriminate against a job candidate, employee or trainee based on their sexual orientation. An employer who for example rejects a gay person’s application for promotion on the basis that they are gay faces an allegation of direct discrimination.  A manager or director who makes a similar prejudiced decision also risks being sued in their personal capacity to stand beside the company in the dock.

Anything that creates a hostile, degrading or intimidating environment; name calling, silly jokes, any form of bullying and even giving someone the “cold shoulder” have been found to be examples of harassment. These days, poorly judged or downright offensive social media posts are common examples of evidence of harassment.

It’s important that employers take complaints of harassment seriously. Passing it off as “its just banter” is not a good defence in most cases. If a complaint or grievance is ever raised the employer should investigate and respond.

To reduce legal risks and to direct good practice at work, employers should consider having sensible equal opportunities policies in place and to offer “equal opps” and unconscious bias training. A good policy should apply not just to the working environment, but to recruitment, training, promotion, pay levels, and discipline/grievance processes.

If, despite the best efforts of a company to educate staff and to enforce good practice, an individual was accused of harassing a gay colleague and the employer company and the individual are both sued, the company may have a defence and the blame could be laid solely at the feet of the errant individual employee.

Is it really that bad?

For over 40 years, the LGBTQ+ community have been fighting against workplace discrimination based on sexual orientation. It’s down to the employer and other employees to ensure that a hostile, toxic environment is eliminated, and that everyone is treated fairly and equally. Cases are still brought under the Equality Act, so we have not eradicated the problem.

For help, advice or training on the Equality Act, Equal Opportunities or Unconscious Bias, or for assistance with any other employment law issue, please contact Jolyon Berry in the Employment team on 01206 574431 or email jolyon.berry@tsplegal.com . Thompson Smith and Puxon has offices in Colchester and Clacton , Essex.