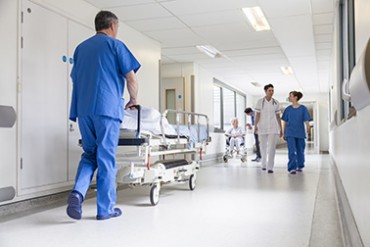 Following the publication of Lord Justice Jackson’s review of civil litigation costs on 31 July 2017, AvMA, the leading UK charity for patient safety and justice, has branded the review “disappointing”.

Lord Justice Jackson has recommended the introduction of a Fixed Costs regime for Clinical Negligence cases where the damages are expected to be £25,000 or less. This represents the majority of clinical negligence claims according to figures published in the review. In 2015/16 there were 5,795 ‘successful’ claims in which the National Health Service Litigation Authority paid damages and 63% of those were valued at up to £25,000.

Peter Walsh, Chief Executive of AvMA, believes that “The effect of imposing fixed costs on clinical negligence claims – even those below £25,000 in compensation – would be to deny access to justice to many vulnerable and deserving people in some of the most serious cases.” He argues that the plans would mean cases involving stillbirths and neonatal deaths, older people’s deaths and mental health cases would no longer be feasible under a future fixed cost regime – more here.

Whilst he welcomes the recommendation of Lord Justice Jackson that, if fixed costs are the way forward, the regime for clinical negligence claims should be a “standalone” scheme developed between all stakeholders, he warns that there should be exceptions for fatal cases and cases involving adults and children who lack capacity, adding “Often it is only through people being able to challenge NHS denials through legal action that the NHS is brought to the realisation that it made mistakes. If people are not able to do that, it will mean opportunities for learning will be lost. Your hospital and mine will be less safe as a result.”

TSP’s Julian Wilson is an AvMA accredited specialist Clinical Negligence Solicitor which means that he has signed up to the AvMA panel Code of Conduct and is able to help if you think that you have been a victim of medical negligence. Julian can be contacted on 01206 217034 or by email at Julian.wilson@tsplegal.com