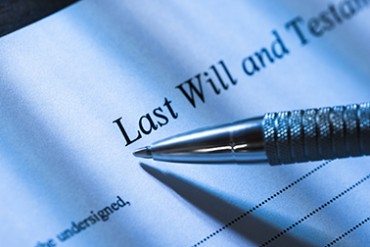 Aileen Hirst, Solicitor in the TSP Wills and Estates team, discusses the recent landmark Supreme Court ruling which could affect the law for adult children challenging their parents’ Wills if they don’t believe they have been left a reasonable provision.

The long awaited final judgment in the Ilott v Mitson case was handed down very recently. The Supreme Court, the highest court in England, allowed the appeal by three animal charities and re-instated the original award of £50,000 which had been made by a District Judge in 2007.

Melita Jackson died in 2004, leaving a Will cutting out her estranged daughter, Heather Ilott, from inheriting from her estate. She also left a letter with her Will setting out why she had excluded her daughter, whose lifestyle she disapproved of.  The relationship between them had soured in 1978 when Heather Ilott was 17 and they had never reconciled their differences.  Mrs Jackson left the bulk of her estate to three animal charities.

Heather Ilott challenged her mother’s Will in 2007, bringing a claim under the Inheritance (Provision for Family and Dependants) Act 1975 (“the Act”), claiming that her mother had not made reasonable financial provision for her. Her personal circumstances were such that she had 5 children and was living on state benefits. The District Judge awarded her £50,000, having exercised his discretion under the Act to re-arrange the distribution of Mrs Jackson’s estate. Heather Ilott considered this award unfair as it compromised her state benefits and she took her case to the High Court where the judge reversed the decision to award the sum to her.

Further challenges to the courts’ decisions resulted in the Court of Appeal proclaiming judgment that Heather Ilott should be awarded £163,000, structured such that it would allow her to buy her home and retain her state benefits. The three charities appealed to the Supreme Court and the judges have unanimously decided that the original award of £50,000 is to be re-instated, overturning the higher award made by the Court of Appeal.

The decision has been welcomed by some commentators as it confirms the existing case law that an appeal will not succeed unless the judge made an ‘error of principle’.  However, Lady Hale stated: ‘I have written this judgment only to demonstrate what, in my view, is the unsatisfactory state of the present law, giving as it does no guidance as to the factors to be taken into account in deciding whether an adult child is deserving or undeserving of reasonable maintenance’.

Importantly, the case highlights the need for proper legal advice when preparing your Will, particularly where relations between family members may have become strained or broken down completely.

If you have any questions about this or any other matters relating to making a Will or planning ahead, please contact our Wills & Estates Team on 01206 574431 or by email on info@tsplegal.com.