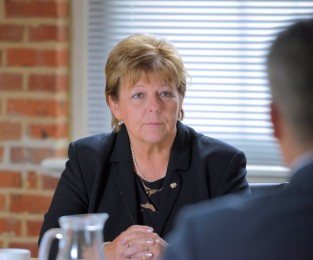 The Court of Appeal has ruled that Heather Ilott, 54, who was excluded from her mother’s Will, should be awarded a third of her estate – £164,000.

Heather’s mother, Melita Jackson, died in 2004. In her Will, made in 2002, she made it clear that she did not want Heather, with whom she had fallen out when Heather was just 17, to receive anything from her estate, leaving a letter with her Will to explain why she had disinherited her only daughter. Instead she left her estate to three charities, none of whom she had any particular connection with whilst alive.

Heather challenged her mother’s Will and in 2007 was awarded an inheritance of £50,000 by a district judge who ruled that she had been “unreasonably” excluded. This ruling was overturned, but a series of appeals has seen the original ruling upheld and the amount awarded increased threefold.

Fiona M. Ashworth who leads the TSP Wills and Estates team said “If, when making their Will, a client decides that they wish to disinherit a close relative or someone who would reasonably expect to receive a legacy from them, we would always advise that a clause is included in their Will to indicate the reasons for the exclusion. We would also encourage them to leave a sealed letter for that excluded person, explaining their decision to exclude them. Despite this advice, we do find that clients are not always open to writing things down in this way.

This latest decision from the Court of Appeal does seem to indicate that, not only will this become a necessity, but it will also be necessary, when making an exclusion, to explain what connects the client to those to whom they choose to leave their estate.

This decision underlines the need to get good professional advice when you are making your Will, particularly if you do choose to exclude an adult child or close relative, as it does seem that it will be much easier for adult children, who are not provided for in a parent’s Will, to challenge the Will on the basis of reasonable provision, based on this landmark Court of Appeal ruling.”