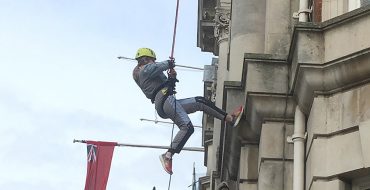 On Sunday 3rd September, Jo Jeavons, who works in the Thompson Smith and Puxon Personal Injury team, conquered her fears and took part in the Super Star Abseil down Colchester Town Hall. The event which was run in connection with Invasion 2017 was organised to raise money for CoHoC, the Colchester Hospitals Charity. Members of the public abseiled down the side of the iconic building dressed as their favourite comic or screen hero to raise funds for the Cancer Centre at Colchester Hospital. Jo successfully completed her nerve-racking descent dressed as Batman.  Well done Jo!

As well as abseiling down the Town Hall, Jo also held a bake sale at TSP to add to the money she raised. TSP is a keen supporter of CoHoC and was pleased to be able to support Jo with her challenge.  Jo has raised a fantastic total of £650!

CoHoC is a charitable fund set up to support and benefit patients within the NHS and is an umbrella charity for over 100 charitable funds for the wards and departments of the trust. The money raised for CoHoC is used in areas such as improving the hospital environment for patients and staff, new equipment and extra staff training and education. 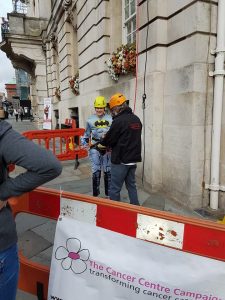 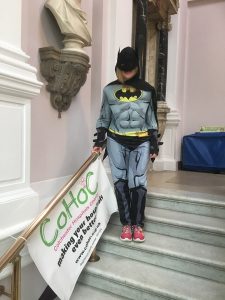 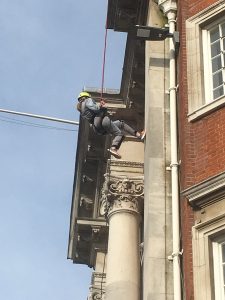