Increased Court Fees on the Way… 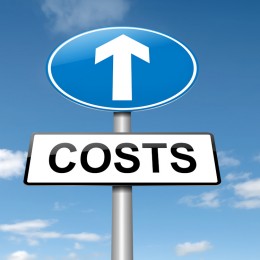 Sharon Auton, who leads the TSP Civil and Commercial Dispute Resolution team, discusses how the costs of litigation are likely to significantly increase if proposals put forward by the government are effected.

Some court fees were increased less than a year ago, but the proposals being considered now mean that fees for issuing some proceedings will increase over fivefold.

The government argues that the court fees are low compared to the overall costs of litigation and if the claim is successful the costs are usually added to the debt and recovered by the losing opponent. However, the recent Jackson reforms sought to ensure that the costs of litigation were proportionate and if the proposals are adopted this will inevitably inhibit some claimants’ access to justice. It also means that although an increase in revenue may be made for the Ministry of Justice, in some circumstances, for example in claims against the National Health Service, the burden of increased fees would be transferred to other public bodies.

Other fees are also likely to increase including the fees for possession claims and application notice fees. It is always worth considering other forms of dispute resolution, including mediation which is generally more cost effective than litigation.

For more information the government’s consultation can be accessed by clicking here.

For more information on how the TSP Dispute Resolution team can help with your dispute, whether you are an individual or a business, contact Sharon on 01206 217043 or by email at Sharon.auton@tsplegal.com