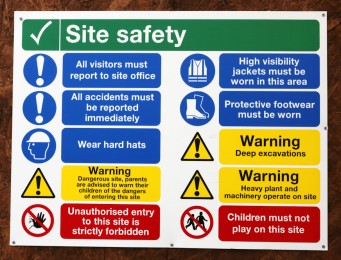 October 2016: A homeware company has been sentenced to the largest fine to date for a local authority prosecution following the death of an agency worker who sustained fatal brain injuries. The worker fell eight feet on to concrete from a platform with no guard rail while he was helping to unload a delivery. He had been working at the warehouse for less than a week.

An investigation by Environmental Health Officers found that although he had undergone training in manual handling and a basic induction, there was no record of him having any training on working at height. The company pleaded guilty to two breaches of the Health and Safety at Work etc. Act 1974 and was fined £2.2 million and ordered to pay prosecution costs of £21,000 to Chiltern District Council.

March 2016: Businesses should take note of a case that illustrates the higher fines which can now be awarded in the magistrates’ court since the Definitive guideline for health and safety offences was introduced on 1 February 2016. A chemical company was fined £333,000 by magistrates and ordered to pay £110,000 prosecution costs. The company pleaded guilty to offences committed in January 2009, when an uncontrolled release of dangerous substances put both employees and members of the public at risk. Approximately 4,500 people were asked to stay indoors for two to three hours as a result of the phosphorus and phosphine gas release.

January 2016: Two recent cases illustrate the large fines that can be imposed on businesses for health and safety breaches:

This business briefing sets out the potential implications for a business that a conviction for a breach of health and safety legislation can have on its operations. A conviction for a safety-related breach can have an immense impact on a business and the individuals within it. It is a criminal offence to breach the obligations contained within health and safety legislation. If a safety breach within a workplace causes a death, then those responsible may also face prosecution for gross negligence manslaughter (in the case of individuals) or corporate manslaughter (where the defendant is a business).

Fines: Fines imposed following a conviction for a health and safety breach range from a £50 to £10 million. Coupled with the need to pay not only the business’ own legal costs but also the prosecutions’, non-compliance with health and safety law is a costly exercise.

Reputational damage: Increasingly, companies look carefully at the safety record of potential business partners and requests for details of any safety convictions have become standard on tender questionnaires. The damage caused to a business’ reputation by a criminal conviction could last longer than the initial financial outlay.

Prosecution of individuals: When investigating safety breaches, inspectors routinely consider the role of individuals in workplace accidents. Although the level of fines imposed against individuals convicted may not be as large as a fine imposed on a business, the potential impact on the individual can be severe.

Individuals can be imprisoned for breaches of health and safety law, with sentences of up to six months in the Magistrates’ Courts and up to two years in the Crown Courts. Even individuals that avoid a custodial sentence will have to live with the stigma of a criminal conviction, which could restrict their ability to travel abroad or work in certain industry sectors.

Who can be prosecuted for safety offences? There are a number of groups that can face prosecution for breaching health and safety requirements, these include:

The content of this Business Briefing is for information only and does not constitute legal advice. It states the law as at October 2016. We recommend that specific professional advice is obtained on any particular matter. We do not accept responsibility for any loss arising as a result of the use of the information contained in this briefing.